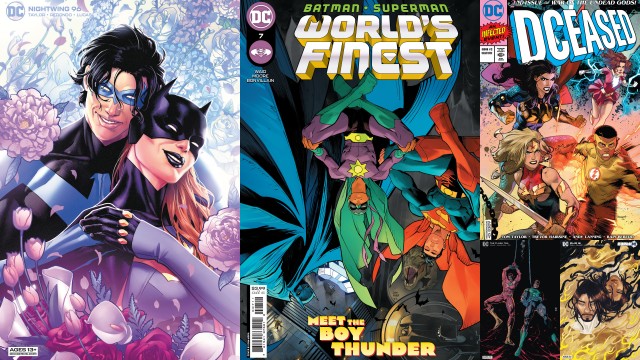 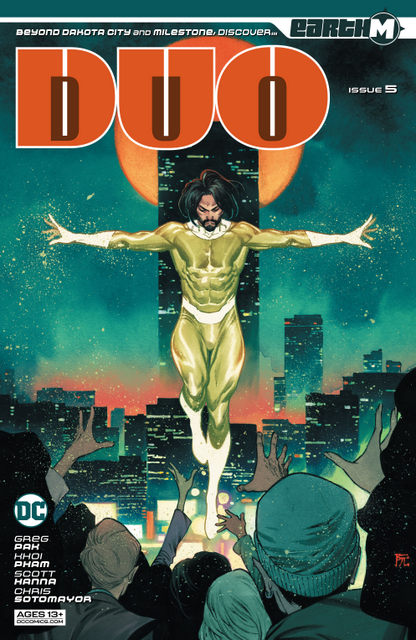 It’s hard for new titles to find an audience especially if the premise is still a work in progress.

That hasn’t been the case with Duo. Each issue has unfolded more layers to an already intriguing concept. It’s been the rare new series that’s struck the ideal pace so every issue feels like a step up from the previous installment.

Kelly has taken over control over David’s body and is experiencing her own Messiah Complex as she’s using their nanites to heal San Francisco residents. From a superhero perspective, Kelly is taking a proactive approach to using their powers for more than just beating up robot drones. That doesn’t sit well with Dr. Tinker, who manages to convince the Immutables of the inherent danger of a hero drawing that much attention to themself.

Writer Greg Pak keeps the surprises coming this issue. The David/Kelly conflict doesn’t drag on endlessly thanks to Tinker being established as a real credible threat to everything they’re trying to create. The appearance of another force also threatens to derail all the various factions’ plans.

Khoi Pham’s art isn’t the selling point of the book, but there’s nothing wrong with a classic clean style that complements the story instead of competing with it. Pham’s layouts are consistently easy to follow and character expressions convey the appropriate emotion.

Duo has quietly emerged as one of the breakout books of this initial wave of Milestone’s new era. Its consistency and escalating storytelling has made for a rewarding read each month.