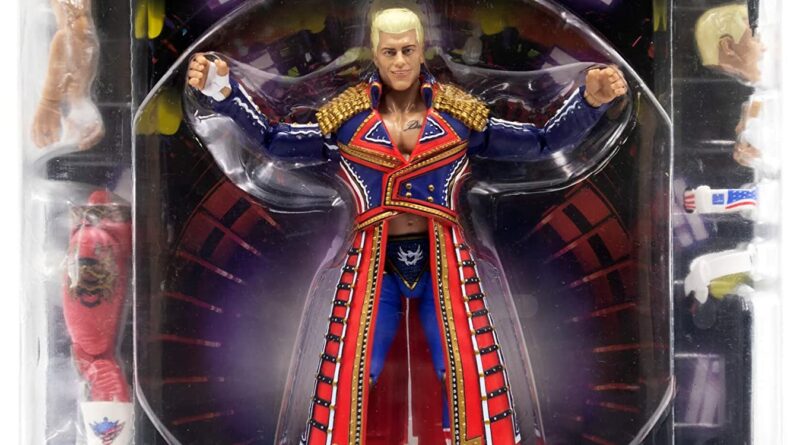 Jazwares has made some clever innovations with its AEW line. Now it’s time for their ultimate entry with the Supreme Collection. This set allows for swappable ring gear as well as various entrance attire.

First up is the since departed American Nightmare Cody Rhodes. It’s nice to see Jazwares is following Mattel’s efforts of still releasing previously revealed figures even after they depart to another company. 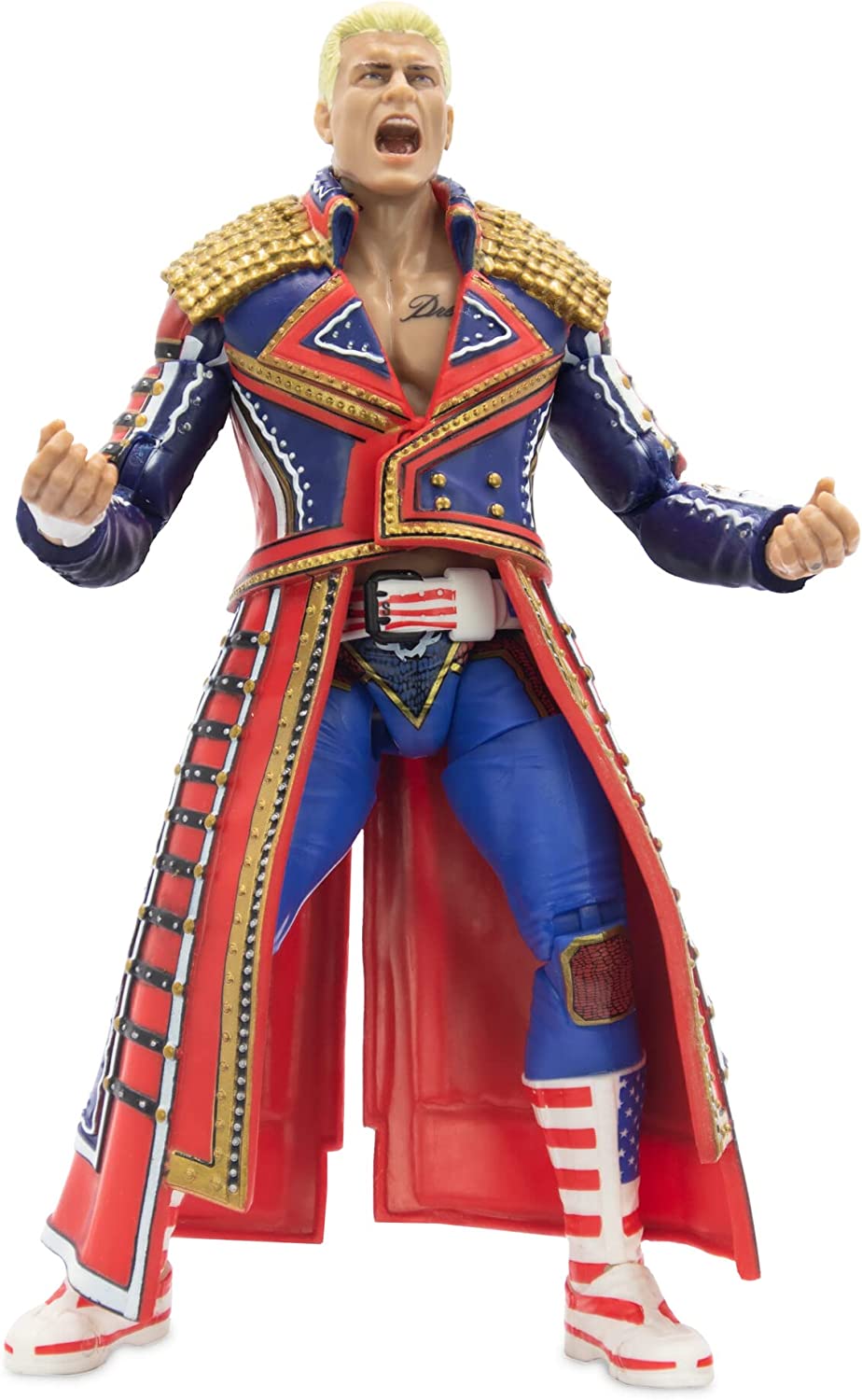 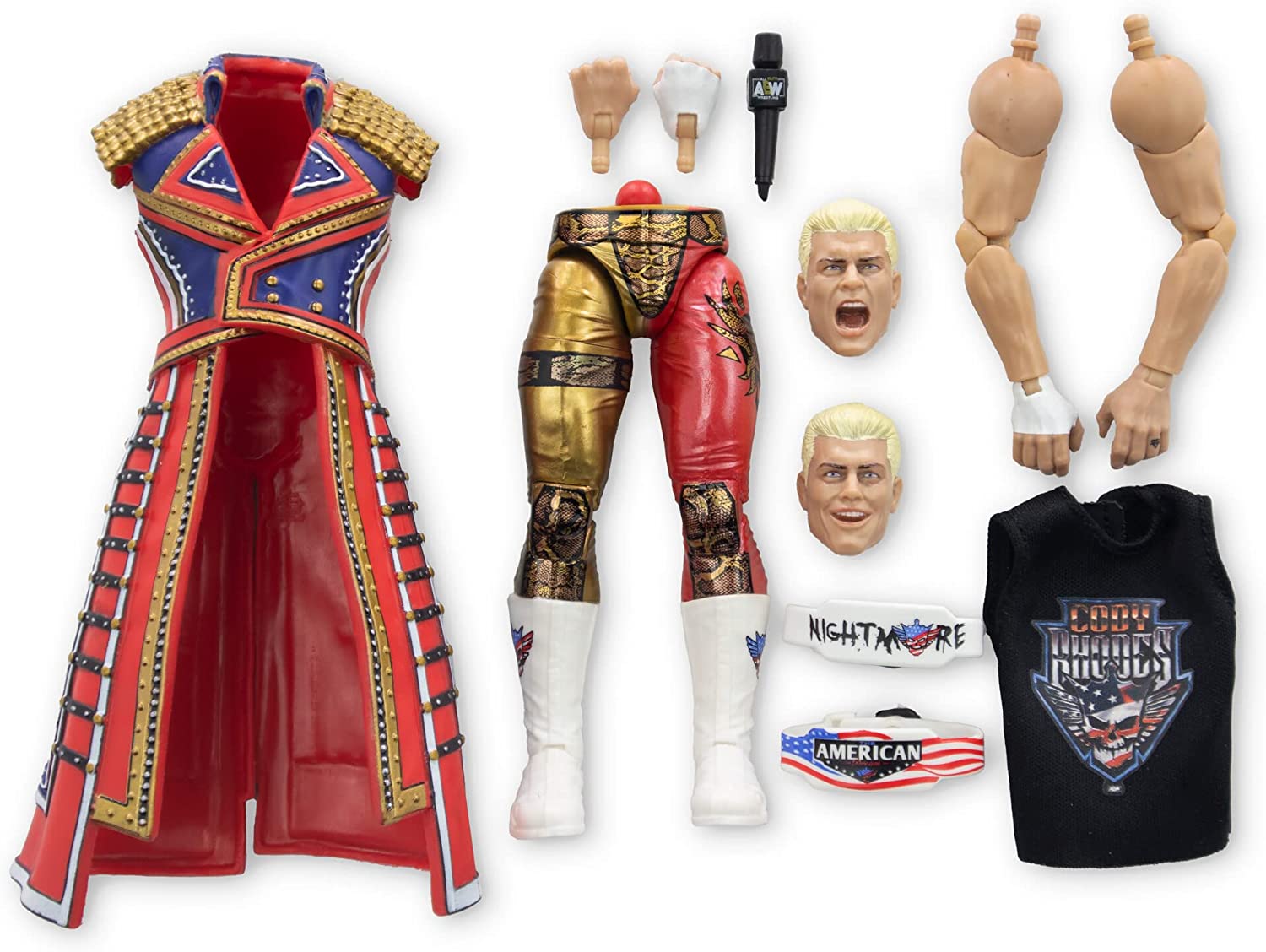 Pair Cody with other AEW Unrivaled Supreme figures and build your stable. 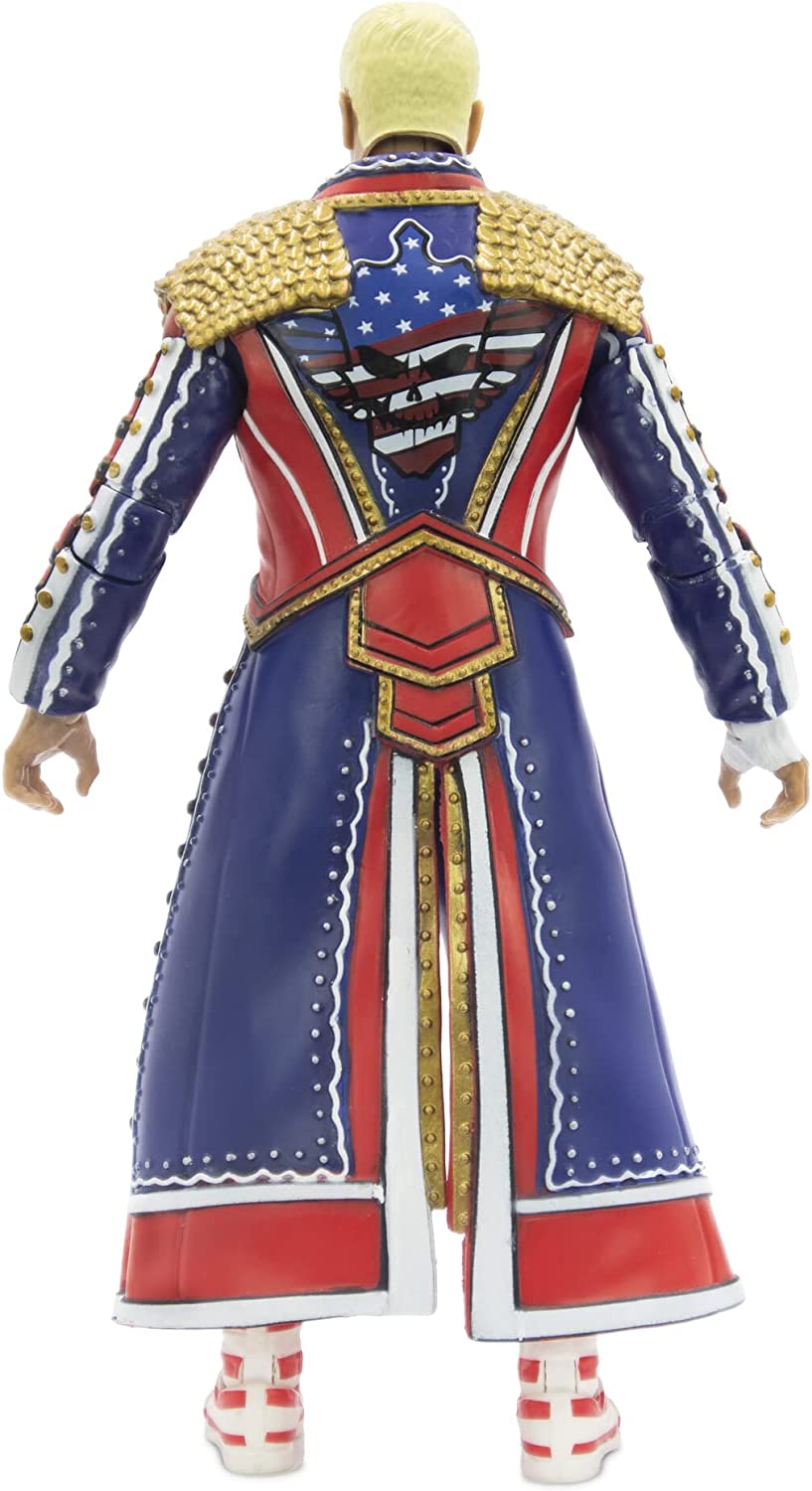 The figure is currently unavailable, but here’s the pre-order link when it’s actually active.