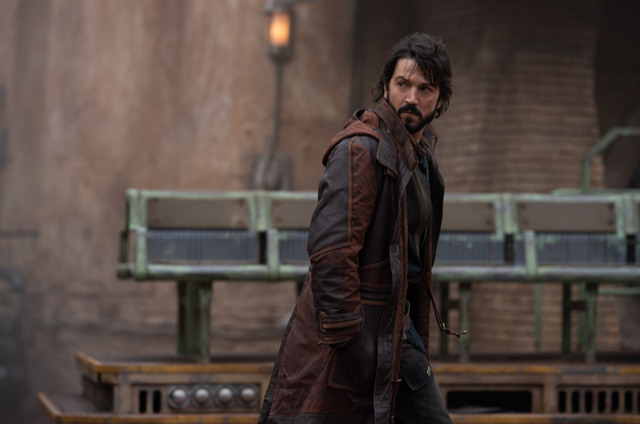 I figured it could be fun to do a vague, spoiler-free summary of the first three episodes. But then the more I thought about it, I decided I could just wait and break down my thoughts in full with the embargo release. So here’s my spoiler-inclusive review on Andor, which has me encouraged this is going to be a fun ride.

The series gets off to a promising start with the opening act. Cassian has that shadowy, mysterious scoundrel vibe down perfectly. Like Obi-Wan Kenobi, it’s cool to see these other locales in the Star Wars universe and the characters that inhabit them. Director Toby Haynes sets the stage well with a semi-heavy rain illuminating the dingy back alley setting.

Cassian is looking for his sister but gets on the wrong side of a pair of security guards. They try the abuse of power bullying technique and Cassian inadvertently kills one. No sense in having a witness so Cassan mercilessly guns down the other. Cassian has a real no-nonsense side that makes him a much more intriguing character than many Star Wars heroes.

Things bog down considerably afterwards as Cassian returns to Ferrix, a free trade sector. It feels like the creative team isn’t putting as much effort into droid design anymore. Cassian’s droid, B2EMO, seems pretty basic and more reminiscent of the droids in The Black Hole. 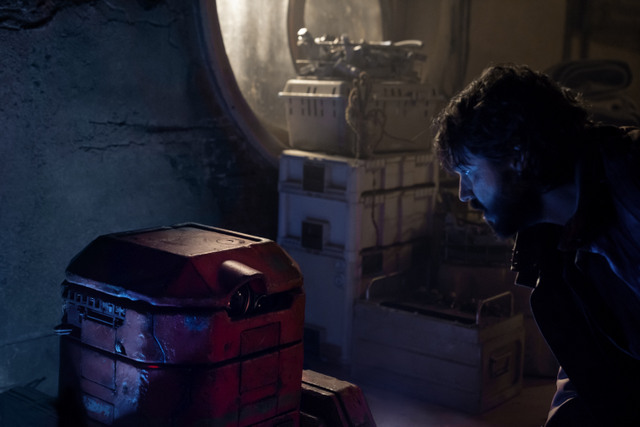 We get some flashback sequences from Cassian as a child where he and his sister are apparently inhabitants of a Lord of the Flies camp comprised solely of children. Annoyingly, they speak in a different language. This wouldn’t be a problem except for the lack of subtitles, which quickly becomes frustrating. It’s not like having subtitles for other languages is a new thing in Star Wars.

Cassian’s murders haven’t gone unnoticed. Back at the corporate security headquarters on Morlana One, Syril Karn (Kyle Soller) prepped a report for his supervisor Chief Hyne (Rupert Vansittart, Game of Thrones) about the two dead security guards. Hyne immediately stands out as the most enjoyable character as he could care less about the two guards as this news would just draw more attention from the Empire.

Syrill isn’t deterred so easily and has the security team do a full investigation. If Cassian was so worried about possible fallout from his incident with the security guards, he probably should have done anything to cover it up better, no? 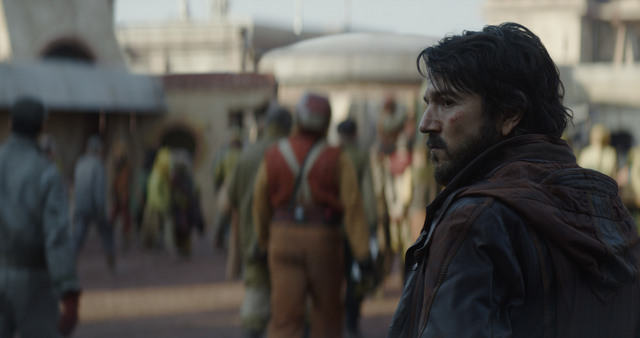 Meanwhile, Cassian is working on his alibi with his friends and trying to stay ahead of his debtors. He’s more like Han Solo every passing moment. The main issue with these segments is writer Tony Gilroy (Rogue One) isn’t cluing us in as to what Cassian is doing and it’s hard to keep up with Cassian’s lies and half-truths.

And Gilroy doesn’t spend enough time on the other characters Cassian interacts with to determine if they’re important. The only safe bet is Bix Caleen (Adria Arjona, 6 Underground), who apparently has been working with Cassian on some deals in the past.

This episode ends in such an abrupt manner it’s clear why the season premiere needed a multi-episode rollout. As far as series premieres go, this debut didn’t do much to sell the concept of a Cassian series. Fortunately, Cassian is a compelling enough character to warrant some patient goodwill, but the series will need to pick up quickly to retain my interest.