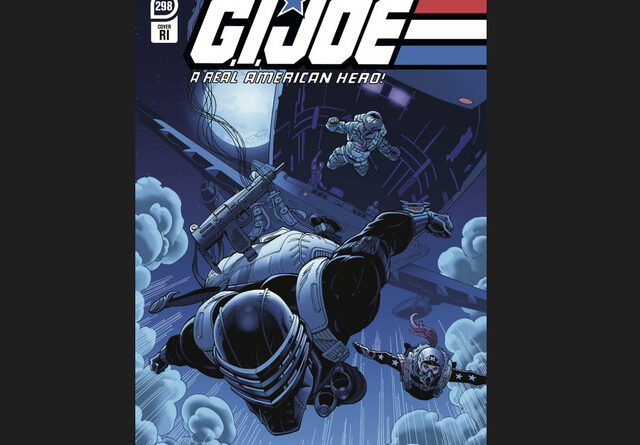 Doubly so as the All In storyline has been a lot of fun harkening back to some of Hama’s larger scale Joe vs Cobra battles.

Scarlett and her team have escaped Dr. Mindbender’s forces, but Dawn and Sean had to stay behind to cover their retreat only to get captured themselves.

Mindbender’s reanimated Genghis Khan starts to assert his claim over Cobra and finds the perfect outfit fitting for an emperor while poor Cobra Commander vainly tries to regain control.

The real thrill in this issue is how Hama handles the action sequences. Duke is leading a squad of reinforcements including some longtime fan favorites as Wild Bill attempts to land a transport on Cobra Island. These kinds of battles are always fun as it embodies the Joe creed of fighting over land, sea and air. Hama also finally tips a long-gestating reveal that hopefully gets fully revealed next issue.

SL Gallant’s art is always solidly constructed with clean layouts. Gallant doesn’t pack the same amount of detail as some of the more recent Joe artists, but his page composition ensures there’s no confusion as to what’s playing out on the pages. Maria Keane’s ink work helps keep the panels and linework tight while J. Brown’s colors provides some extra visual pizzaz. 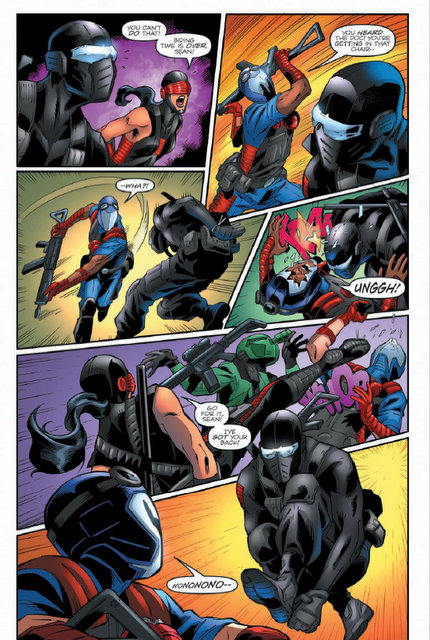 Revanche is largely kept to the shadows this issue while Hama continues to tease the return of Snake-Eyes, who might be the only hero who can stop Cobra’s new emperor. It’s Real American Hero from Larry Hama. That’s all you need to know if debating whether to pick this up. Snatch it up from the stands and enjoy the final ride.