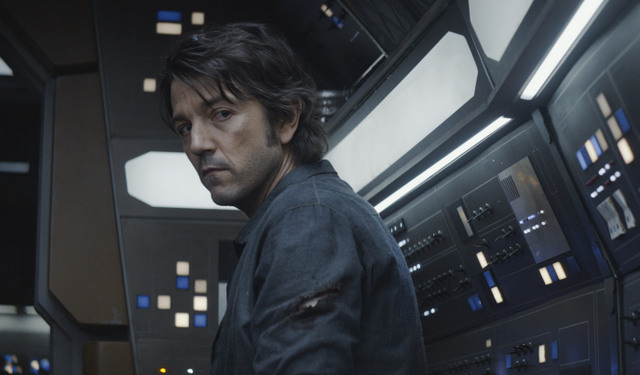 After last episode, this week’s reset cooldown felt necessary to avoid having the season peak too early.

The yet unnamed Luthen makes his pitch to Cassian to join a crew to steal a vast payday from the Empire.

Sending Cassian on a heist mission is a sound choice. He’s a scoundrel after all and a heist allows him to continually choose between his own interests and the greater good.

In a twist, Luthen isn’t leading this expedition and drops him off with another aspiring leader in the Rebellion, Vel Sartha (Faye Marsay). That’s all well and good, but Cassian isn’t sure he wants in on the mission anyway.

Not that his prospects are especially great otherwise so he decides to join Vel’s crew and score a bigger payday. How big? Bigger than he could possibly imagine.

Vel’s crew isn’t too thrilled to get a new member foisted on the crew days away from the big score, even more so considering Cassian definitely looks a bit shifty.

Luthen’s role isn’t done this episode. He trades out his rough and rugged appearance for garish robes, jewelry and even a hairpiece for his return to Coruscant where he’s an antiques art dealer for the upper crust.

One of his clients is a familiar face — Mon Mothma (Genevieve O’Reilly, Rogue One). Luthien’s assistant is in on his true motives, but someone has to distract Mothma’s driver while she and Luthen talk strategy. 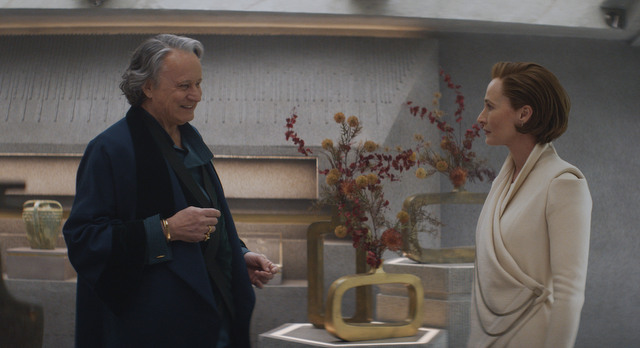 This was the first episode that truly conveyed the sense of terror and paranoia mounting as the fledgling Rebellion takes shape. They’re not comprised of naive, idealistic dreamers, but individuals willing to do whatever it takes to take down this massive oppressive force (no pun intended). And there’s so many elements that have to come together just so for this Rebellion to work.

It’s Luthen and Mothma putting themselves in the crosshairs cozying up to Imperial officers and proponents. It’s Bix scouting potential recruits and said recruits like Cassian actually being willing to join the cause.

I’m clearly 100% behind efforts to diversify properties that haven’t been the most inclusive, but it still grates me to see the Empire having minorities and women among their ranks. The subplot with ISB Supervisor Blevin (Ben Bailey Smith) and Dedra Meero (Denise Gough) was a little weird just because I’m still used to stuffy British white dudes in these roles flaunting an air of superiority over everyone.

In an actual change from the modern norm, Dedra gets shut down by their supervisor who doesn’t care about her hunches concerning a potential group of seditionists running rampant. Blevin doesn’t have to arrogantly dismissed because Dedra went around his authority and if there’s something to her hunch, Dedra will actually have to work to prove it. And that’s just have simple it is to create conflict for a character, kids.

Cassian thinks Vel and her crew’s plan to rob from the Empire is crazy, but since he’s got no great love for the scourge of the galaxy, he’s on board. That goes double for me as Andor continues to show the not so glamorous side of the galaxy and rebellion.