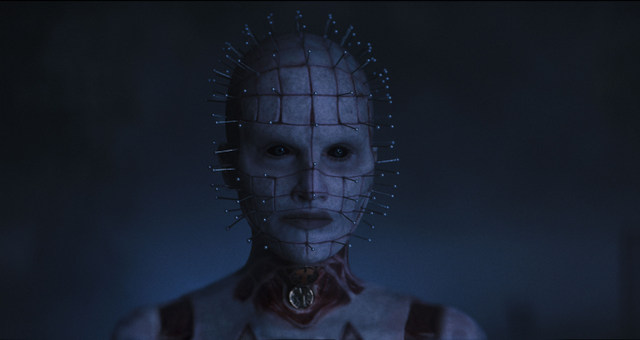 The Hellraiser franchise has steadily cranked out new installments since its 1987 debut. This latest take ditches the subtitle and simply is called Hellraiser. And the big hook here is that Pinhead is a woman this time.

Not so shockingly this has led to some outrage among some sectors of social media over nothing. Man, woman, robot or Chihuahua — anything that takes sadistic joy in sticking pins into people and brutally ripping and peeling away skin is not an entity you’d want to encounter. 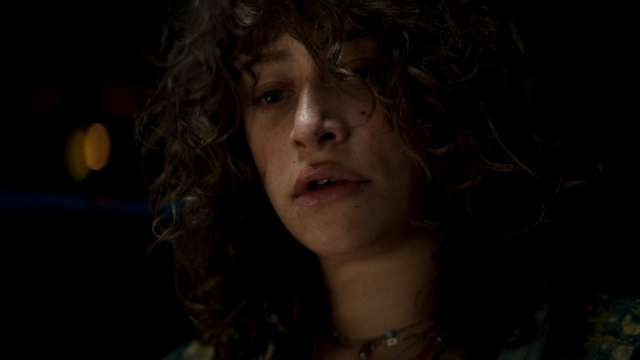 Riley (Odessa A’zion) is a recovering addict trying to get her life back on track. She’s crashing with her slightly overprotective brother, Matt (Brandon Flynn), who’s not a fan at all of Riley’s new boyfriend, Trevor (Drew Starkey). Matt’s boyfriend, Colin (Adam Faison) and their roommate Nora (Aoife Hinds), try to keep the peace, but it’s a vain effort.

Down on her financial luck and needed to score some cash fast, Riley agrees to help Trevor break into a storage warehouse and nab the contents of a seemingly abandoned unit. Inside is a puzzle box revealed in the effective opening act. Wealthy artifact collector and reputed hedonist Roland Voight (Goran Visnjic) gained possession of the box keenly aware of what it unlocked. And now six years later, Riley is facing a similar twisted and destructive path. 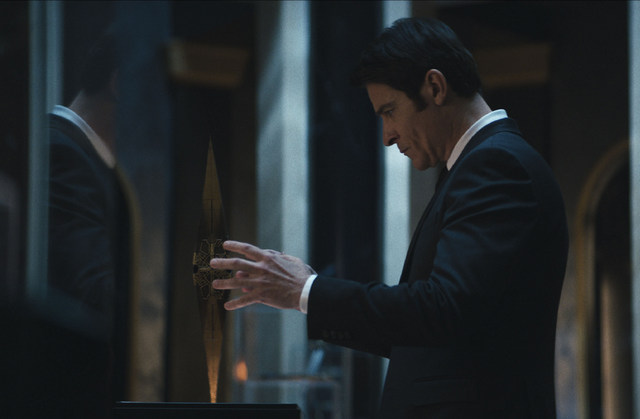 Riley is a refreshing lead. She’s the antithesis of the modern has it all together woman that has no struggles, challenges, depth or layers. She is severely flawed, but that’s what makes her so much more interesting. A’zion sells Riley’s frustrated desperation well. Does she want to be in a happy, loving relationship with Trevor? Can she stop pushing Matt away? And does she really want to start changing her life for the better?

That final question might be out of her hands after she starts solving the puzzle box. It’s a complex puzzle that starts shifting to a new configuration after the first level is cracked — though not without consequences. 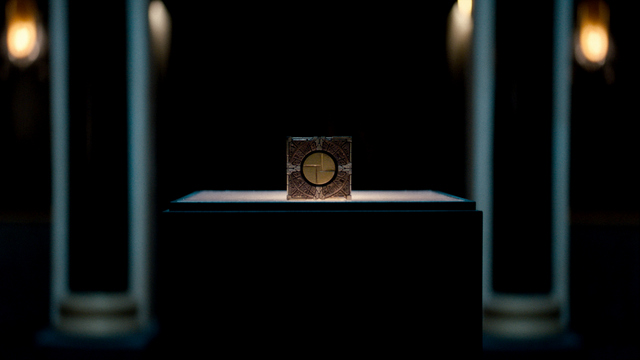 Matt goes missing and Riley is sure her unlocking the first configuration is responsible. Desperate to find answers and a solution, Riley and her friends try to track down leads only to find more nightmarish situations await at the hands of Pinhead (Jamie Clayton) and the Cenobites.

Back in 1987, Pinhead and the Cenobites’ designs couldn’t be so easily accomplished with CGI. Director David Bruckner (The Ritual) sticks to that traditional approach by having the Cenobite actors in elaborate prosthetic suits. They’ve ditched the leather S&M aesthetics and now are just stylishly flaying their skin as clothing. It’s certainly a fashion statement.

These designs are garish and elaborate with the highly successful intent on being as unnerving as possible.  The Cenobites aren’t racing after anyone, and their measured methodical steps makes them even more terrifying. 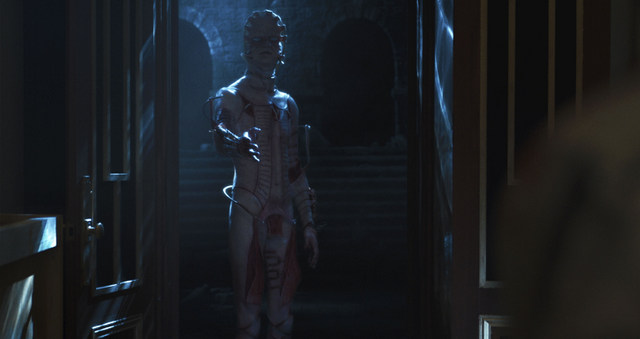 Bruckner gets this franchise and how to continually escalate that sense of dread without resorting to cheap jump scares. Everything is intentional and mostly effective. Bruckner smartly shows restraint as to when to show gory deaths and when it’s best left to the viewer’s imagination.

Clayton is fine as Pinhead although interestingly, her voice is distorted and filtered so much that Pinhead sounds more like a guy. This seems somewhat noncommittal on the idea of a female Pinhead.

Screenwriters Ben Collins and Luke Piotrowski’s biggest mistake is shifting the focus away from Riley in the final act. Essentially, she’s sharing the spotlight with a character whose arc isn’t nearly as interesting or compelling. The film also stretches long past its go-home moment to an unnecessary two-hour length. 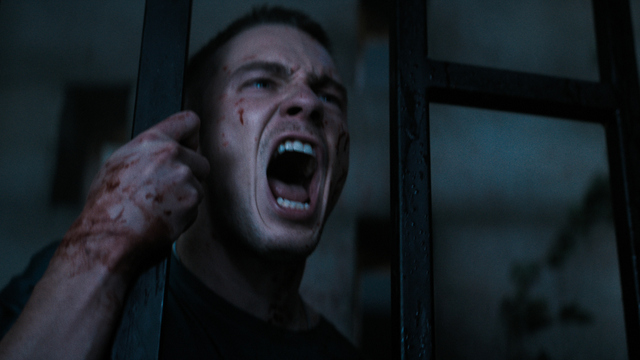 There’s something holding this incarnation of Hellraiser back. It’s got an abundance of creepy moments, but it never escalates to another level to be truly memorable. The ending suggests the filmmakers are hopeful for a sequel, but it would need something special to warrant a return engagement to this realm.