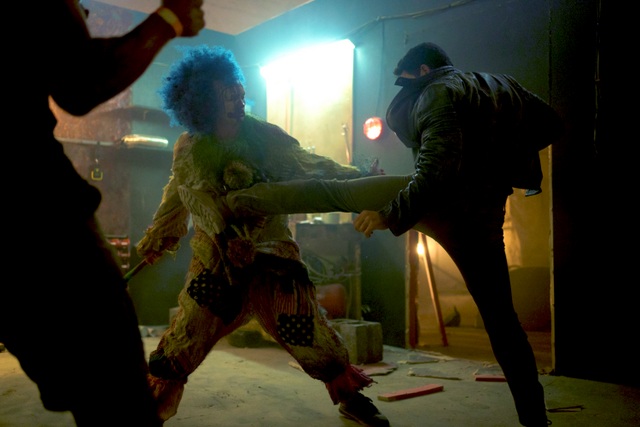 Accident Man: Hitman’s Holiday should be an easy sell and easier recommendation. This is basically mixing all the ingredients, putting them in a non-stick pan in a pre-heated oven and just awaiting on the tasty concoction.

As foolproof as the premise is, Hitman’s Holiday still manages to come out messy. That’s due to directors, siblings Harry and George Kirby, being under the incorrect assumption that Adkins needs their distracting shooting style to make the action enjoyable. 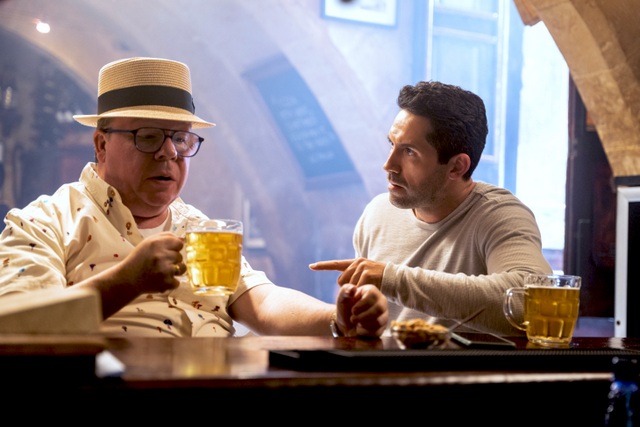 Adkins has the bonafide action star credibility to make a mediocre film worthwhile. He rarely gets the quality scripts of 80s icons Stallone, Willis and Schwarzenegger, but if he’s got a couple of fight scenes even in a co-starring basis, it’s worth checking out his films. Section 8 wasn’t a great film, but the director was savvy enough to make the Adkins’ big fight the featured confrontation.

The Kirbys interject themselves into a film that’s already wild and crazy enough without their constant rotating and zooming camera tricks. It’s not like Adkins is Matt Damon and needs some shooting smoke and mirror tricks to make him come off like a competent fighter. All the Kirbys needed to do was shoot the fights from a wide distance and let Adkins and his co-stars showcase their skills. 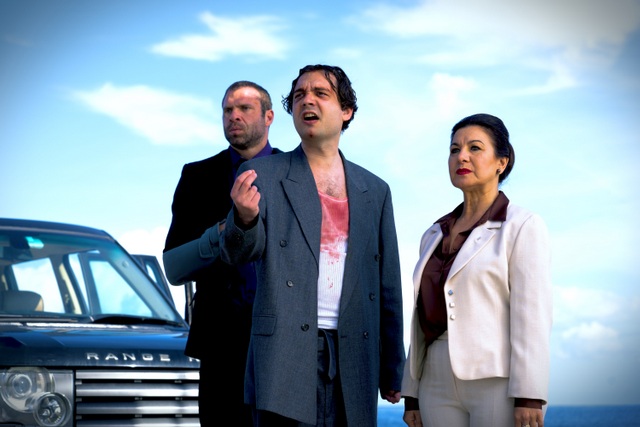 Hitman’s Holiday is the sequel to the 2018 film based on Pat Mills and Tony Skinner’s 1991 comic series. Adams conceived the story with screenwriter Stu Small. The plot is standard stuff for an action movie. It’s not that as important so much as setting up a framework for the fights.

After striking out against his former agency, Mike Fallon (Adkins, Day Shift) is enjoying a respite from his hitman gigs. An old pal, Finnicky Fred (Perry Benson), resurfaces and Mike reluctantly takes him in. To Mike’s surprise, he likes having a partner in assassinations.

This doesn’t last long as crime boss, Mrs. Zuuzer (Flaminia Cinque), kidnaps Mike and Fred for attempting to kill her doofus son, Dante (George Fouracres). Mike is insulted that Zuuzer would assume he wouldn’t finish the job. Now he’s on the hook for taking out the true assassins gunning for Dante, including his old mentor (Ray Stevenson, Star Wars: The Clone Wars) or else Fred gets killed. 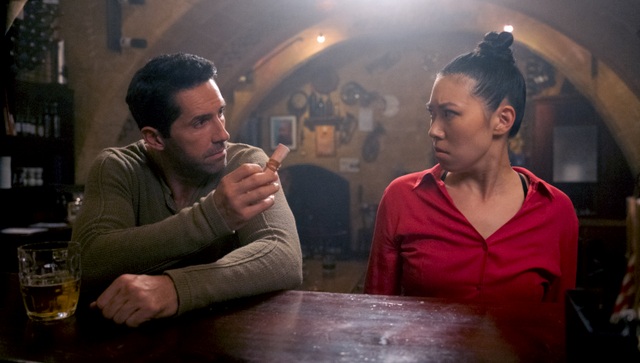 It’s a simple premise although it takes nearly 30 minutes to actually get to the point. Too much time is wasted early on with a dumb subplot where Mike battles the skilled Siu-Ling (Sarah Chang), who trains him via random ambushes. Dante is also a complete buffoon, who’s just an annoying man-child of a character. His childish antics and largely insufferable and that’s before Mike gives him a laxative.

Despite the script’s deficiencies, all that really mattered here were the fight scenes. Adkins is still game and jump kicking like he was a teen on Cobra Kai. He’s got the ideal swagger for a leading man and while some of the film’s over-the-top antics is intentional, Hitman’s Holiday could be so much more by easing up on the zaniness all around. 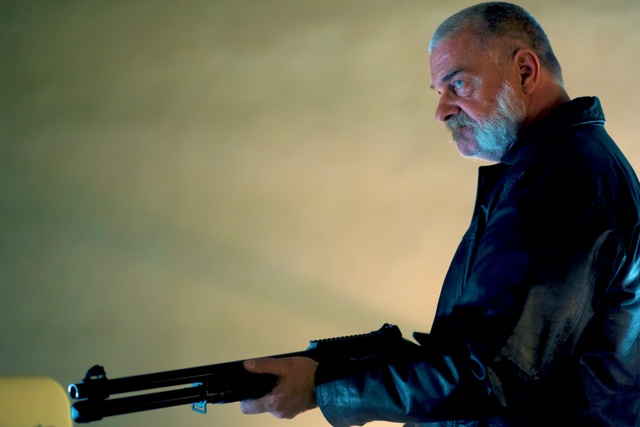 The Kirby’s disorienting direction nearly makes the fight choreography incomprehensible. There’s no good reason to constantly keep the camera rotating. Zooming in on the body parts where a blow lands works better in video games than in a movie.

This approach does the most to take the viewer out of the action and coupled with an overbearing soundtrack, what should be the film’s strengths is one of the biggest weaknesses. 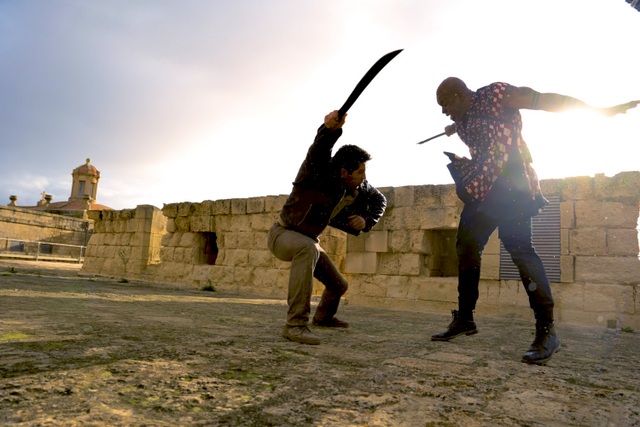 There’s plenty of stronger showcases of Adkins skills as an action hero and a leading man to take a pass on this holiday excrusion.

Check out Accident Man on Blu-Ray at Amazon.