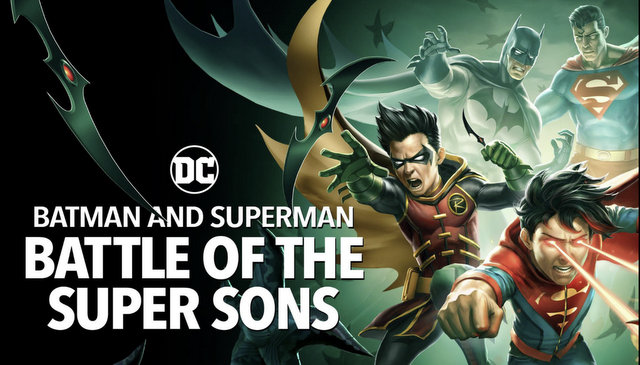 It’s been a while since an original DC Warner Bros. Animation project felt like a can’t miss movie. Most of the standout DC films have been relatively faithful adaptations of popular comic storylines. Batman and Superman: Battle of the Super Sons isn’t just a great home video, it’s one of the best DC films in years.

The main reason for its success? An easily repeatable formula of just doing what worked so well with the source material.

When DC Comics launched its Rebirth era in 2016, Super Sons was positioned as a key title. It felt like a stretch that a book featuring Batman and Superman’s sons would work, but Super Sons proved to be one of the more enjoyable of the entire Rebirth run. 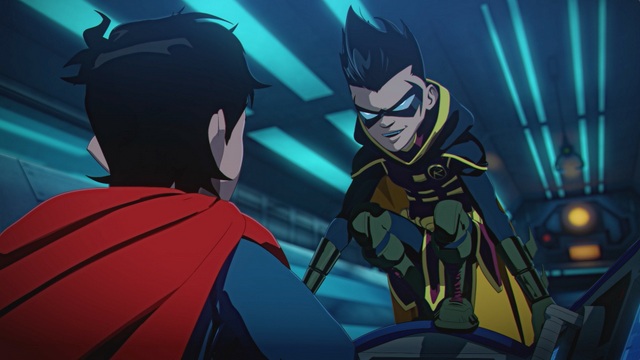 While Battle of the Super Sons doesn’t adapt any one storyline in particular it faithfully captures the tone and visual style of the series. Maybe the film’s success shouldn’t be so shocking considering screenwriter Jeremy Adams has been one of DC’s top writers for the last two or three years.

And in a rare change from the generic house style of most DC animation projects, the animation design was based on Super Sons’ artist Jorge Jimenez’s work. This was absolutely the right choice for this film as Jimenez’s art on the comic pages looks like gorgeous animated frames anyway. Taking Jimenez’s art and Alejandro Sánchez beautiful color work lends itself to some stellar scenes that are a notch above the normal Warner Bros. Animation efforts. 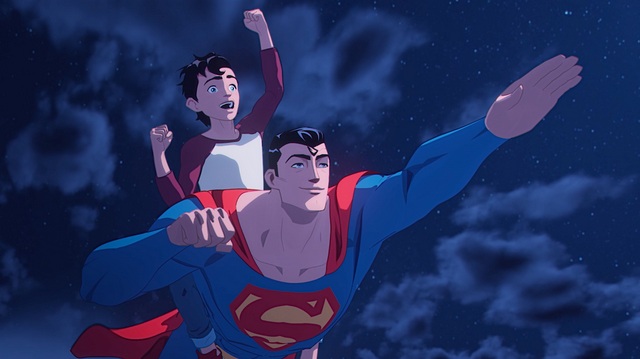 Jonathan (Jack Dylan Grazer, Shazam!) is a pretty regular pre-teen, but being raised by Clark Kent (Travis Willingham) and Lois Lane (Laura Bailey, The Legend of Vox Machina) has helped him appreciate the value of family. Especially since his dad is away so often. Turns out there’s a reason for his father’s absence as Clark reveals he’s actually the world’s greatest hero — next to Batman — Superman.

A big part of the Super Sons’ success was comic writer Peter J. Tomasi didn’t write Jon like a typical bratty and obnoxious kid. He was likeable with an innocence and endearing nature. Adams retains most of that demeanor, which is key in contrasting him to his future BFF Damian (Jack Griffo). 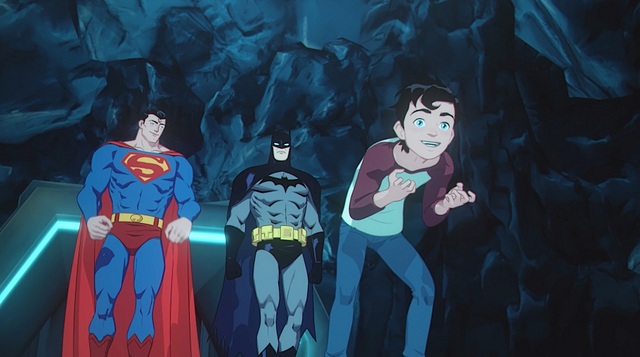 Batman (Troy Baker, Young Justice) didn’t get the chance to raise Damian from birth so his son is a bit rougher and less cheerful i.e., a near perfect reflection of his father. Damian isn’t interested in hanging out with Jon since he’s chatting up Wonder Girl (Myrna Velasco) to join the Teen Titans.

Adams gets the Jon/Damian down wonderfully. The trick is to not make either son too extreme with their personalities and create enough space for them to organically find common ground…or a common enemy.

This time it’s the alien mind controller Starro (Darin De Paul). Starro sets up his drone starfish to override the willpower of the Justice League, Titans, the president and most of the Daily Planet staff. Lois and photographer Jimmy Olsen (Zeno Robinson) have to contend with the latter threats. 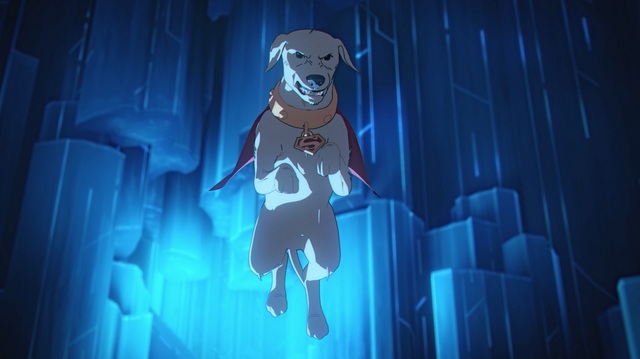 Despite their philosophical differences, Jon and Damian quickly realize they’re each other’s only hope of avoiding being a Starro drone and possibly being Earth’s final line of defense.

Director Matt Peters (Injustice) navigates the action scenes well with a nice flow. Peters gets how to showcase characters’ powers and skills from the ideal perspectives to fully show the scope and magnitude of their abilities. 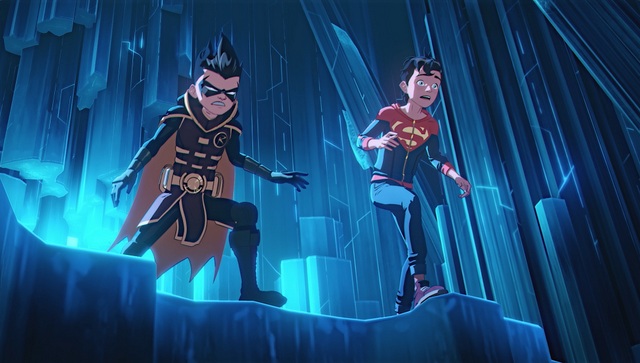 Super Sons hits all the right marks with a clear love of the characters’ portrayal and visuals from the source material making for an elite Warner Bros. Animation DC film.

Check out Batman Superman: Battle of the Super Sons on Blu-Ray on Amazon.