Andor has a pretty reliable pattern at this point. A great episode is followed by a slower episode or two setting up the framework for the next must-see installment. In that sense, Andor makes for a heck of a binging series especially since it’s not full of Internet-breaking cameos or reveals.

Announcement didn’t have as many explosive (literally) developments of the previous episode but did solid work in terms of layering the web of intrigue in the Rebellion’s complicated formation.

This was a longer than normal episode clocking in at 53-minutes.

Cassian was absent for about half of it. Early on was all about the fallout from the heist on Aldhani. Luthen played coy when Mon Mothma arrived at his antique store inquiring if he was behind it. This exchange was surprisingly antagonistic as Luthen seemed to insinuate that Mon wasn’t as committed to the Rebel cause. And if she truly is, they need more money.

Luthen explains the Aldhani heist was meant to serve as a minor rallying cry that would prompt a reaction from the Empire to do Imperial things. Raising taxes, instituting a police state and levying heavy financial burden on anyone aiding these Rebels. It’s the Empire basically putting the whip to the people and claiming it’s all these Rebels that forced them to hit them harder. This offers some insight why the Rebellion has to operate in silent in a paranoid mindset. Anyone could turn on them for the sake of relieving the burden. 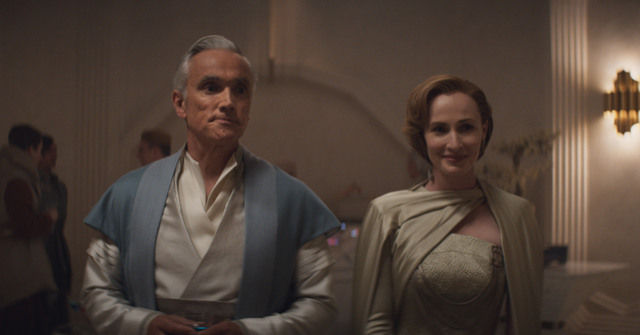 This prompted Mothma to reconnect with an old friend Tay Kolma (Ben Miles, Ninja Assassin) at a dinner party. With dubious allies, she needs someone she can trust. Tay wasn’t sure what to make of her as he subtly reveals he’s at minimum, a Rebel sympathizer. He questions how Mon can relate in her plush Coruscant home. In the highlight of the episode, Mon calmly plays the gracious host while her husband cavorts around with his fat cat friends, and reveals she is doing dangerous work no one even realizes.

Hopefully Tay got the message when Mon mentions she learned from Palpatine on how to play to the people. Unlike the Emperor, Mon is smiling with the knife behind her back targeting the Empire.

Dedra Meero gets a big win in her pissing contest with Lt. Supervisor Belvin, showing him up in front of Major Partagaz. Andor has hit most of the proper notes, but I’m not thrilled with how black dudes have been treated. Those that haven’t been killed (checks notes, everyone but Belvin) constantly have their authority challenged by the blonde in the room who’s winning favor with the establishment. Maybe it’s just that it feels a little too much like the real world? 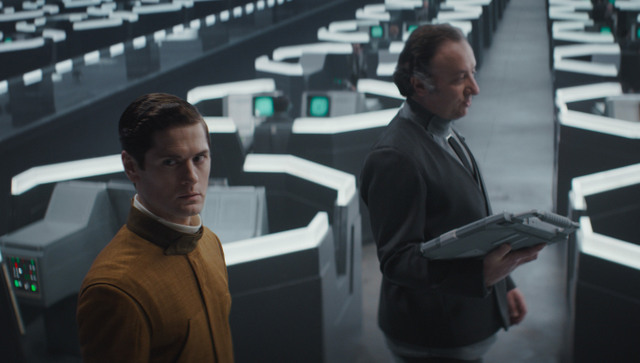 Syril’s arc continues to feel like a waste of time. He’s not a sympathetic character and is basically just pouting since his encounter with Cassian. He’s not on some path to be a better person and focusing so much screen time on an adult brat is grating.

In an interesting twist, Vel is at Coruscant to meet Luthen’s partner(?) Kleya Marki. Kleya breaks down the team’s heist performance, remarking they didn’t fully trust Skeen — good to know now — but Clem aka Cassian is a loose end that needs to be addressed. Is there no honor among thieves? Well, I guess not. 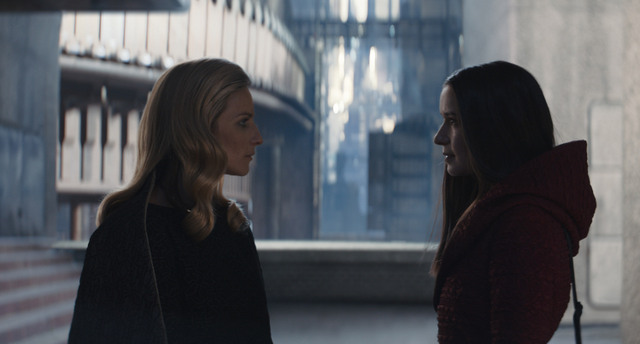 Cassian is all set to get his life together. He’s back on Ferrix to settle his accounts and leave the planet once and for all. Bix isn’t thrilled he’s back saying most of the citizens blame him for the heightened sense of unrest.

In fairness, it was Tim that caused all that by snitching Cassian’s return home. Maarva is happy to see him but energized after the news of the heist. For too long she’s been under the Empire’s thumb and is excited at the thought of fighting back.

In a flashback, Cassian remembers what happens to those that fight the Empire — as poor Clem was executed by a squad of pre-helmet makeover Stormtroopers for trying to squash a protest.

Although Maarva’s pro-Rebellion monologue is inspiring, it doesn’t influence the one person that needed convincing. Cassian heads off to a sunny, Miami-type planet filled with nothing but good vibes and engaging women. It probably doesn’t hurt that Cassian has a few credits to throw around as needed.

Cassian gets arrested on some trumped up charges and gets sentenced to six years in an Imperial prison. He might have thought he was done with the Imperials and their reign of terror, but Cassian is learning there’s no true escape from the shadow of the Empire.