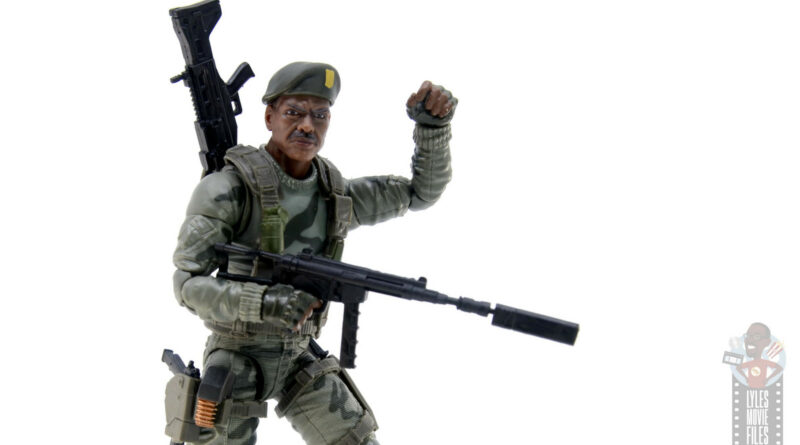 I was fortunate enough to get into GI Joe A Real American Hero right from the start of the figure line and comic book series. One of my early favorites was Stalker. He was a character that was super cool in both the comics and cartoon. And it meant a lot to have a black member of the Joes treated as a vital part of the team as the secondary leader in Hawk’s absence.

Stalker, Snake Eyes, Scarlett and Flash were the first four Joes that I grabbed for my RAH collection so he’s got a special place in my collector heart.

Stalker was definitely a short-list character of most essential Joes in Hasbro’s Classified Series line so he’s one I have high expectations for with his arrival. Let’s see if this ranger gets the job done.

Package:  The trick with the Classified Series setup is you’ve got to like the artist’s style for the respective character. This take on Stalker isn’t my favorite. I appreciate Hasbro mixing up the style and providing a showcase for a variety of artists, but not every one is a knockout for me. Your preference may vary. 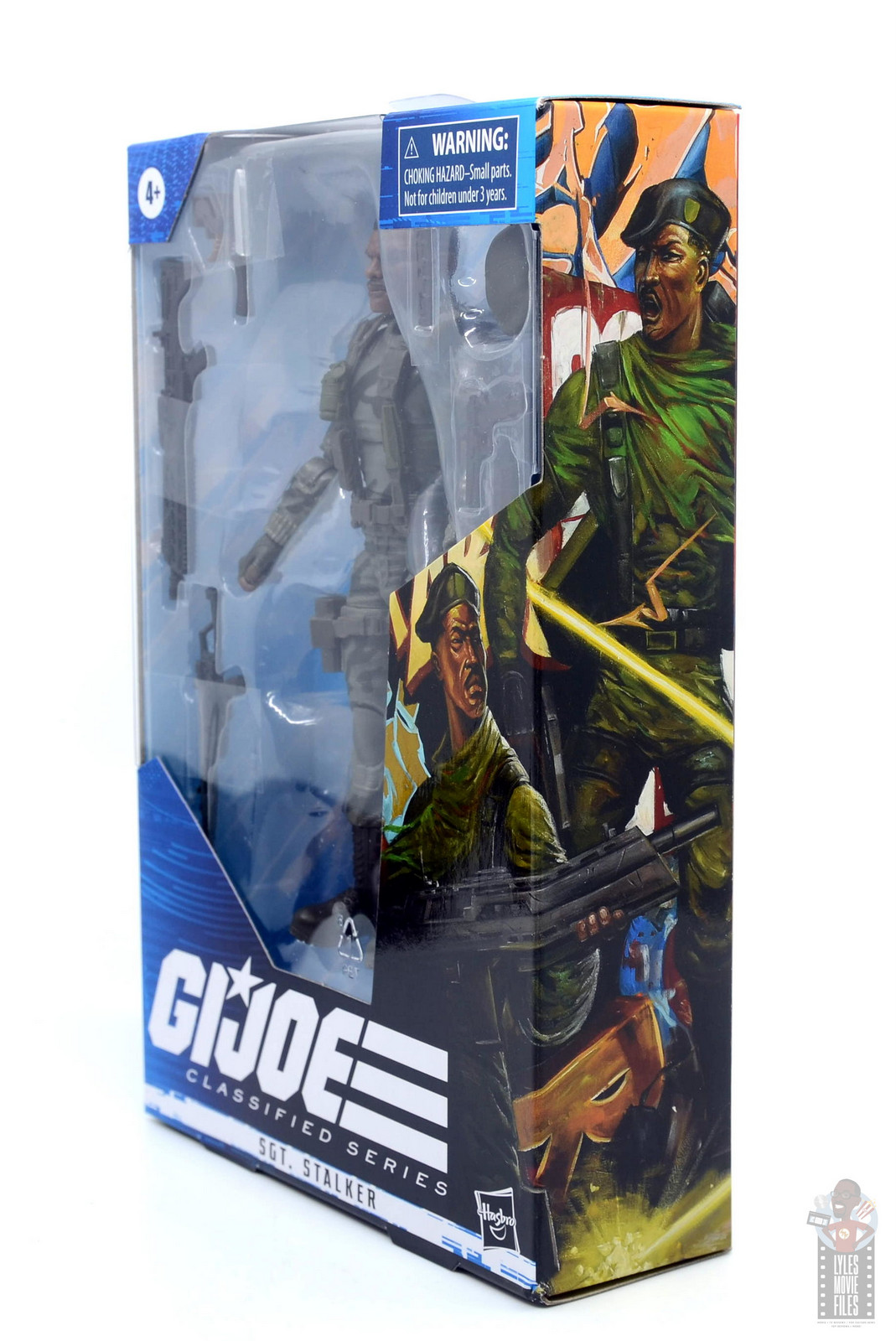 Stalker did make the cut to get a bio on gijoe.hasbro.com

Stalker learned from a young age how to either avoid trouble or adapt instantly to whatever trouble found him. The ability to keep his cool and talking his way out of a tough situation came in handy throughout his life. He studied as many languages as he could to make sure that no matter what situation arose, he’d be able to communicate with the person across the table, or across the battlefield. His eye for situational tactics, affinity for communications, and stealth ability serve the G.I. Joe team well when they’re looking for an intelligence operative.

On the skill chart code, Stalker scored 3s in intelligence and light weapons, a 1 in medic and 2 in linguist. 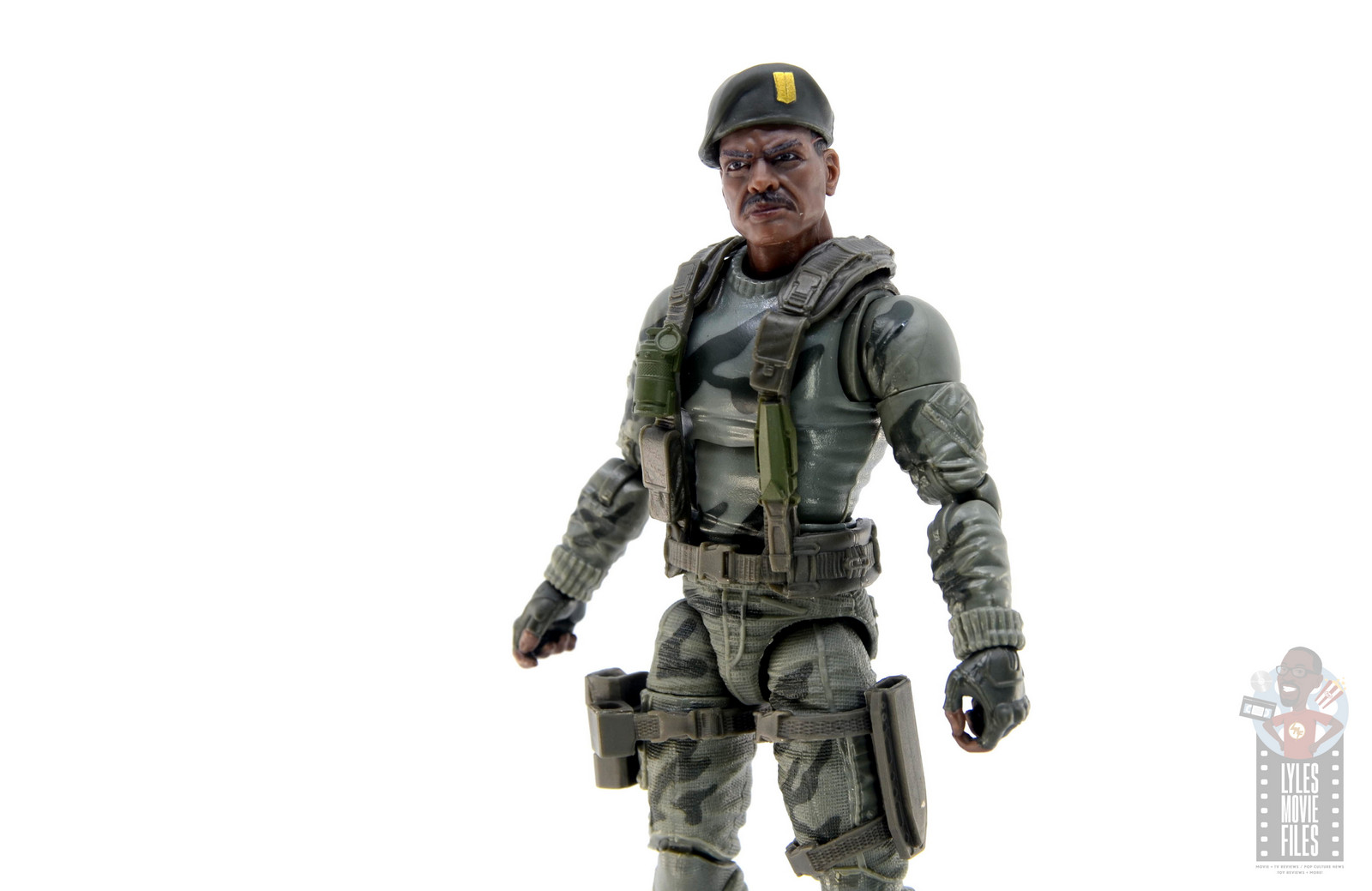 Likeness: Immediate reaction? Stalker kinda resembles Keith David, which is much better than Marlon Wayans. Stalker has a fierce, no-nonsense expression and that’s fitting for a guy that has to rally the Joes through some dangerous and unfavorable scenarios.

For the most part Stalker uses the Breaker mold with the old school collar. Stalker has long sleeves with the ribbed cuffs in addition to some gloves, which is a departure from the original look. 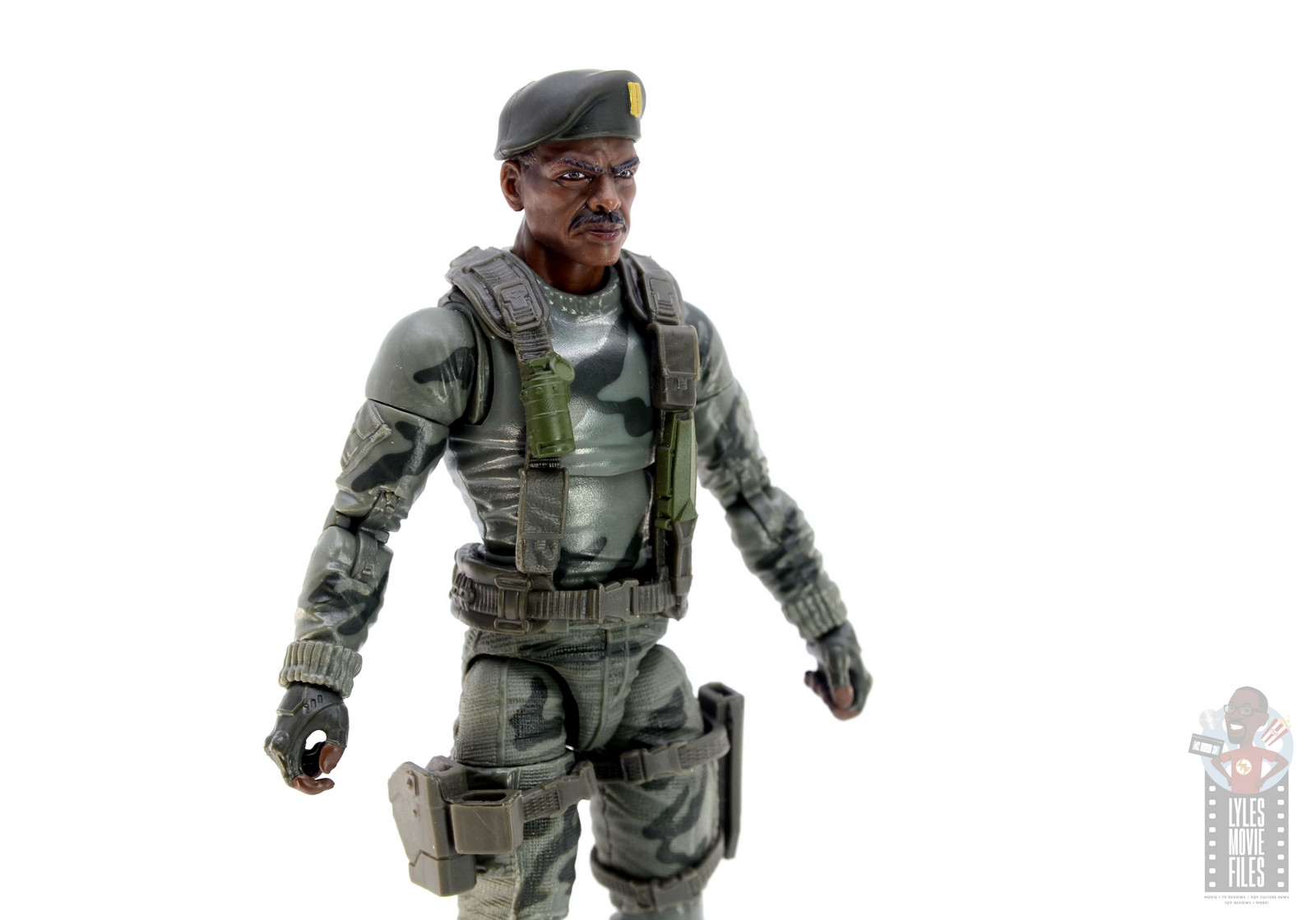 Stalker has the classic harness with the grenades and knife on opposite sides. Interestingly, the knife is sculpted on. On his right leg there’s a holster and a sheath for his knife on the left leg. 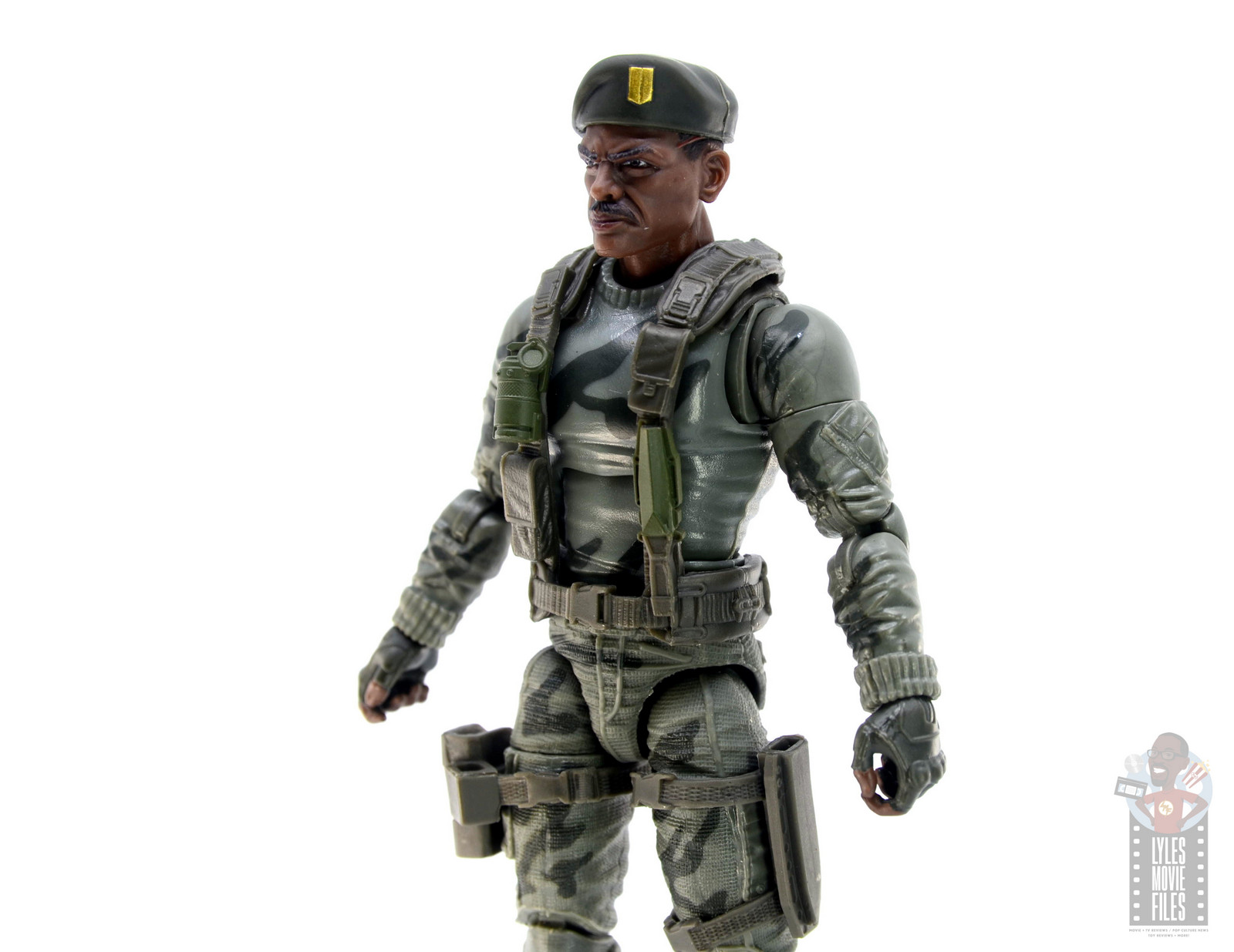 As a fan of the original look, the simplicity of the outfit is just fine and a very solid representation of the classic attire with a few modern tweaks. 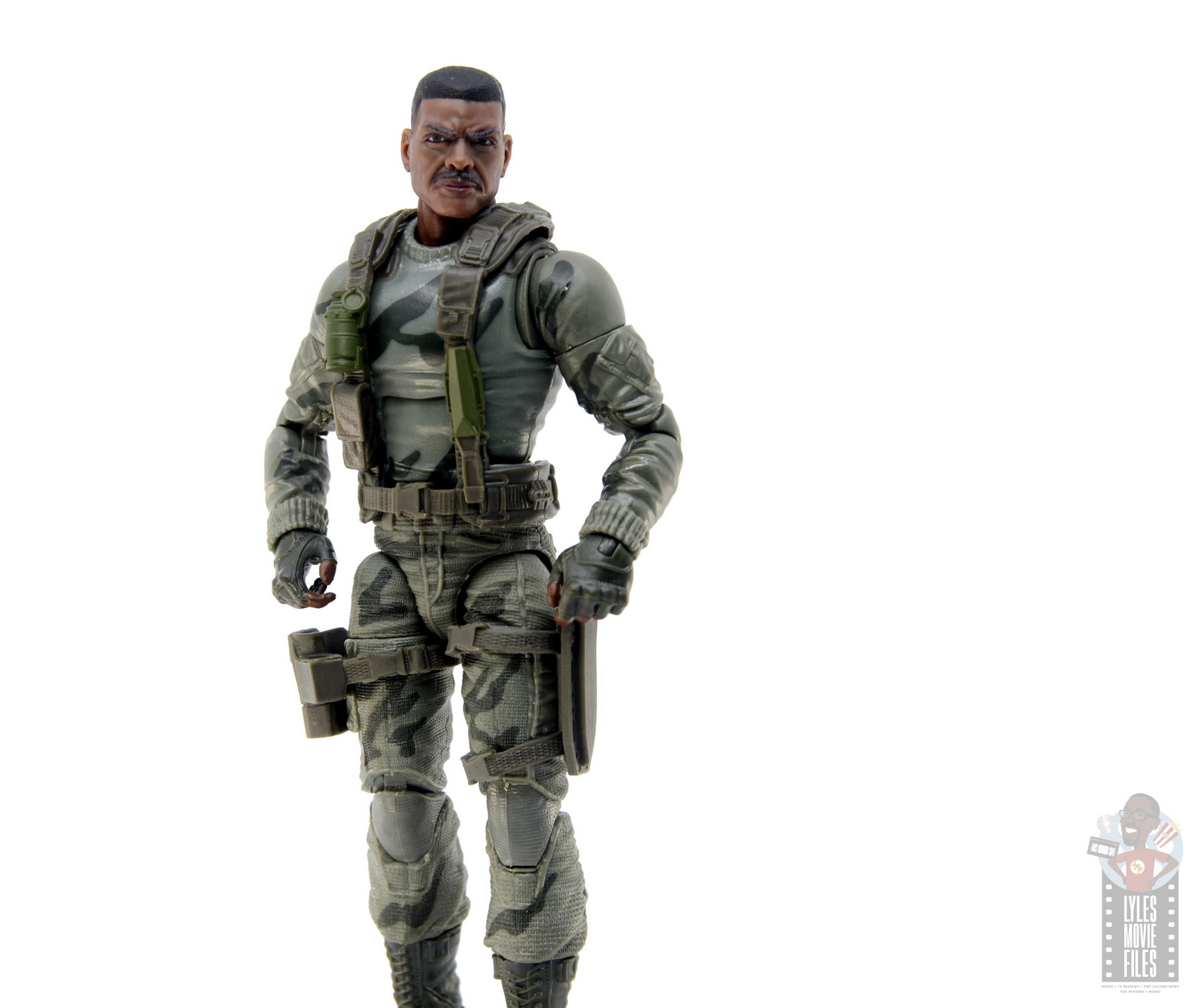 To add a little more character, he’s got a long scar along the left side of his head. This could be based on his childhood, the war or the never-ending battle with Cobra.

Paint: One of the reasons Stalker stood out from the original Joes was he was the only one who rocked camouflage. Hasbro opted for a more subdued color scheme with a drab olive green and a dark green for the camo sections. 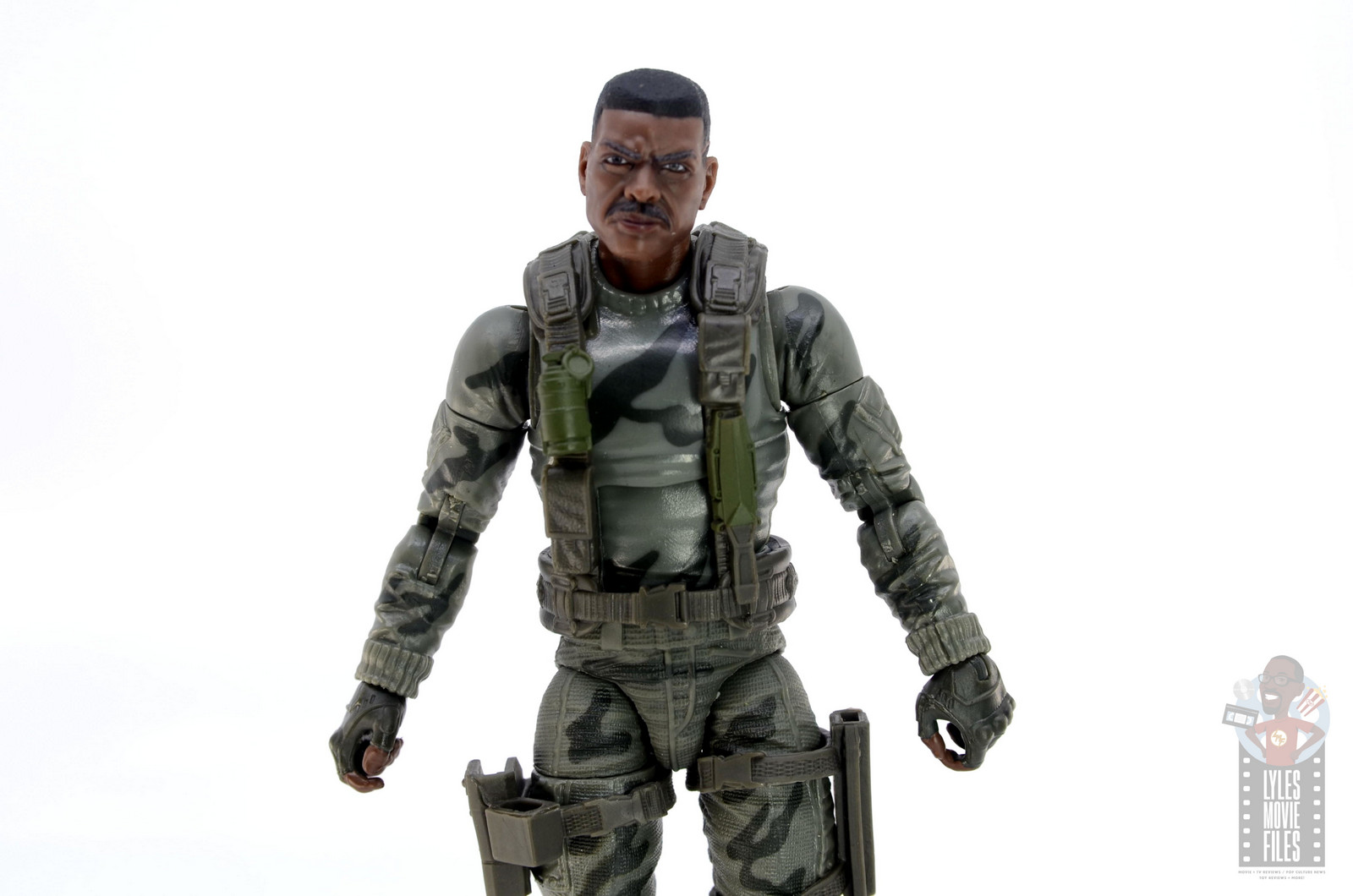 This is the one area where the textured pants works against Hasbro as it’s harder to spot the camo from a distance.

It feels like overall there could have been more camo on the outfit, but there’s no issues with the paintwork itself. Not having to worry about spotty paint jobs is becoming more of a calling card with the Classified Series line. That’s very encouraging. 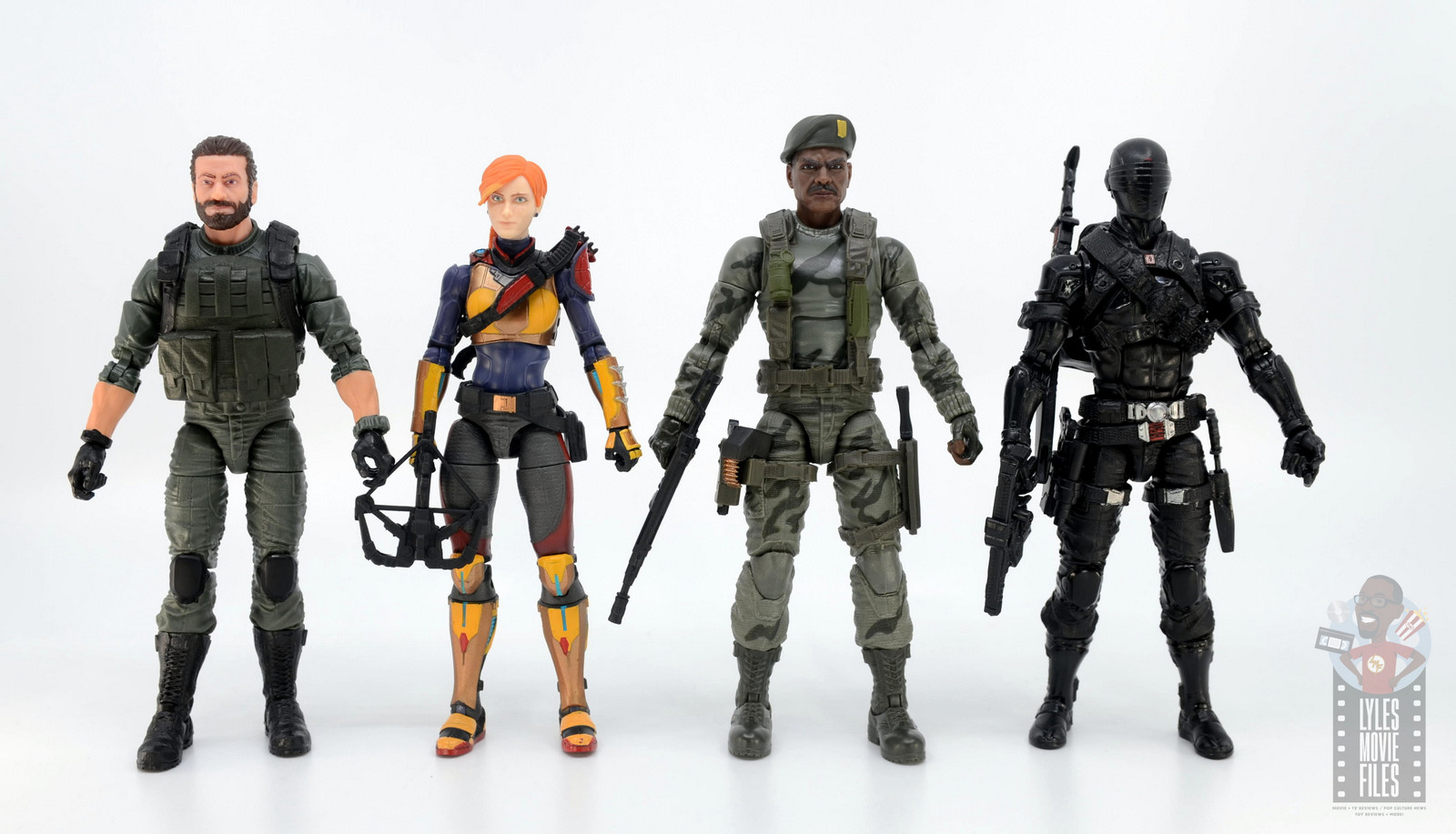 Scale:  Stalker is average height, so he’ll be looking eye to eye with Snake Eyes and Breaker and looking up at Gung-Ho and Roadblock. 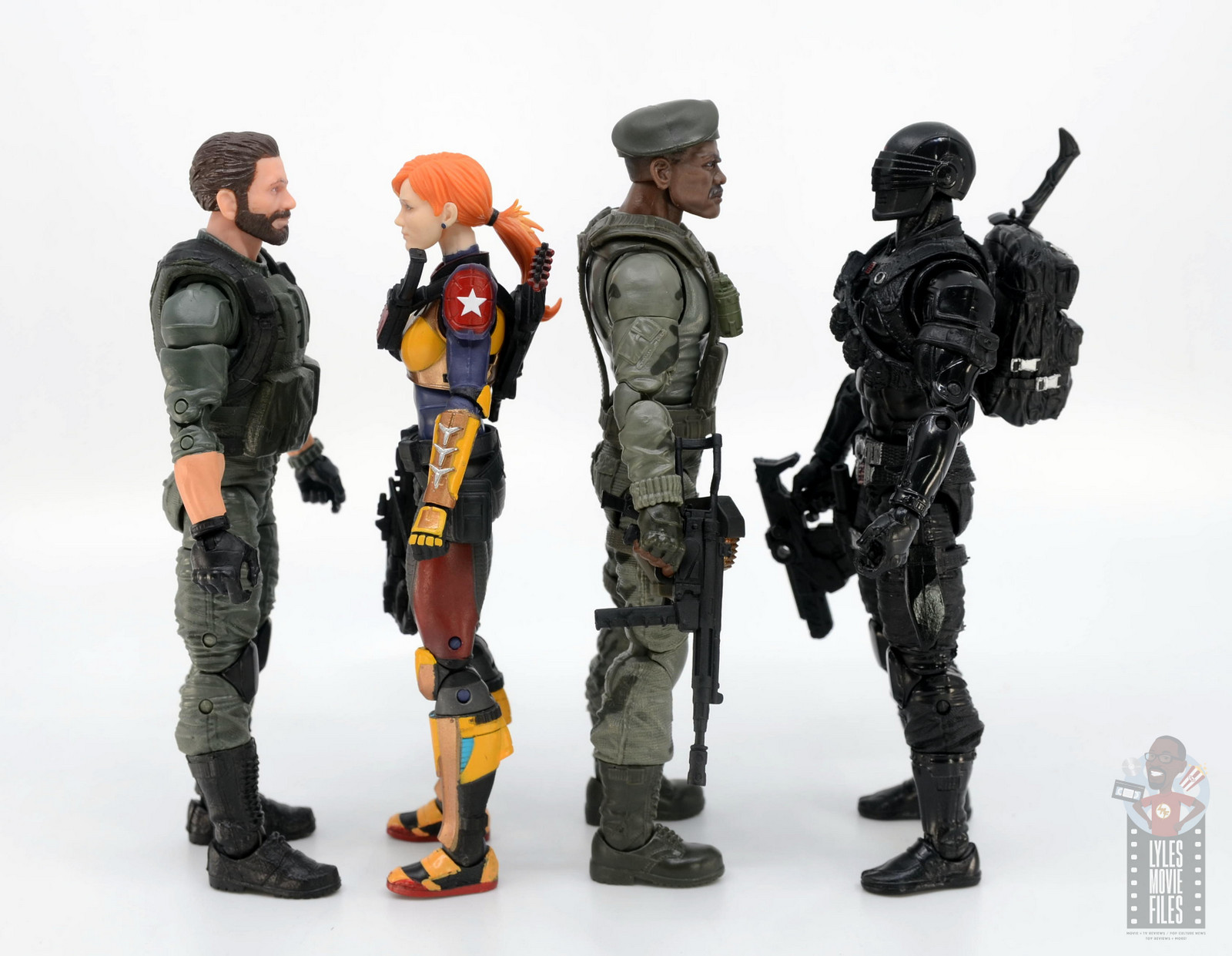 Articulation: As Hasbro mostly sticks to the same body with some altered parts, the articulation isn’t that shocking. 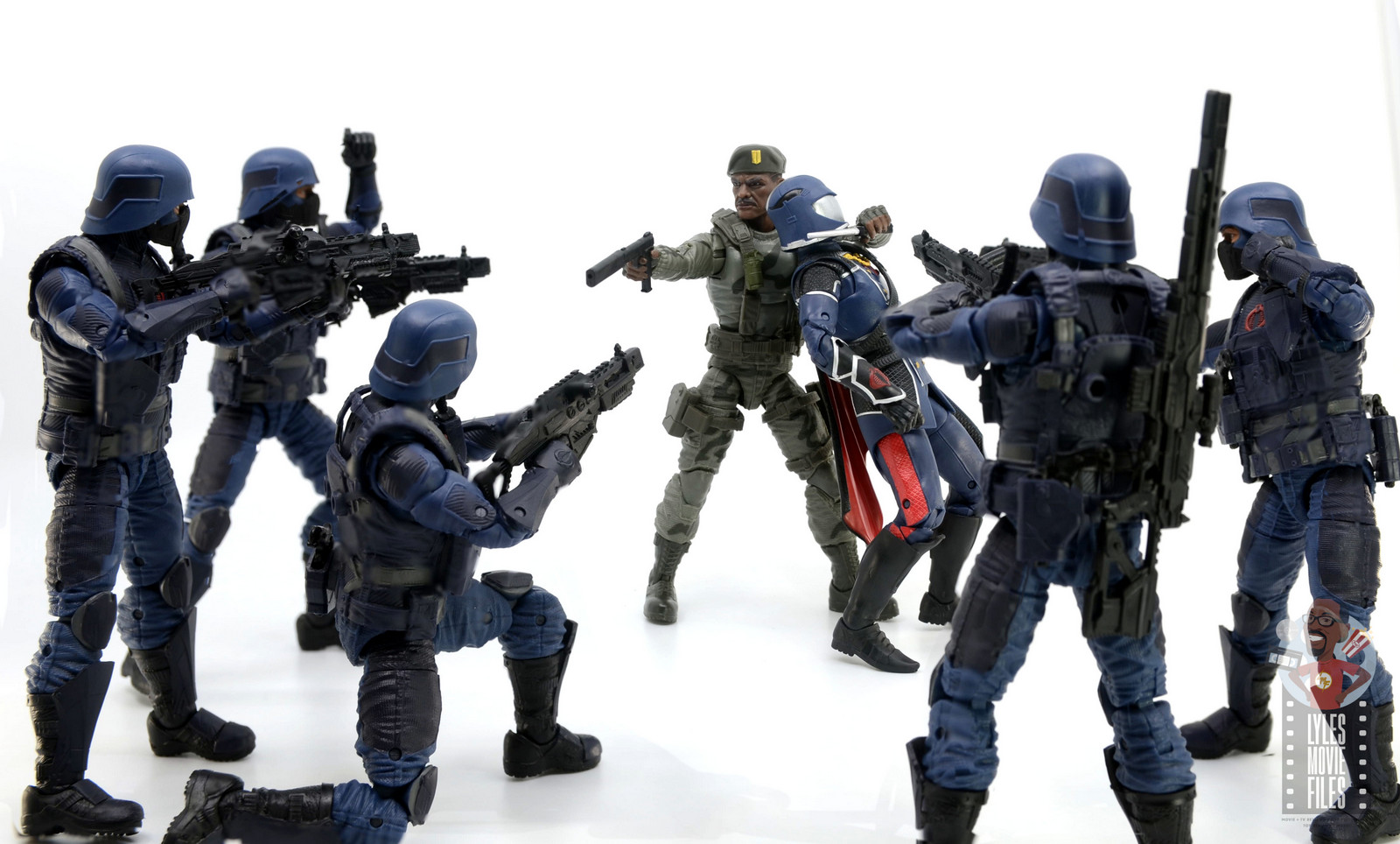 Stalker can hit some very fun poses in leading a squad into battle. 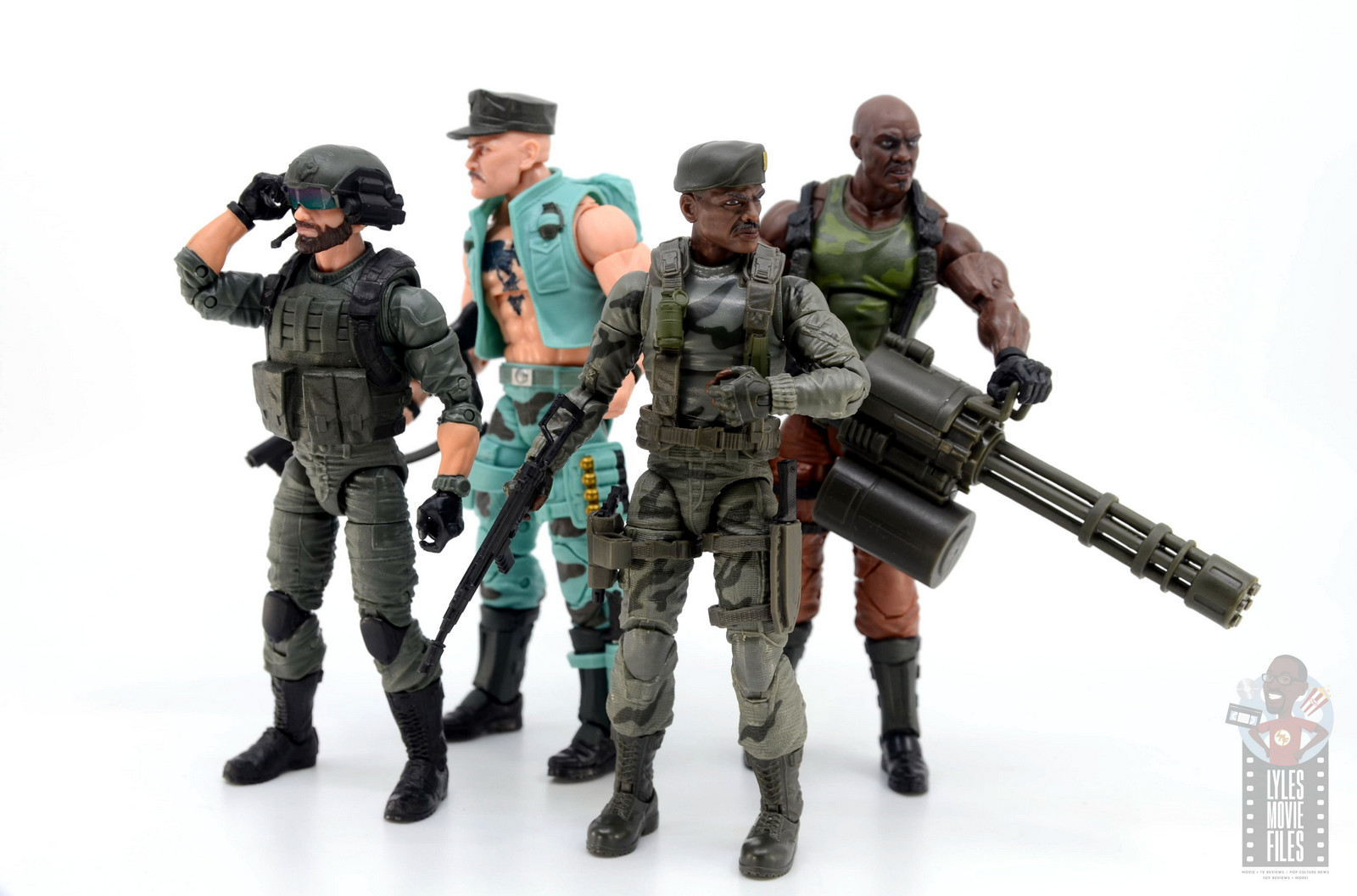 He can crouch, kneel and flip with no issue. 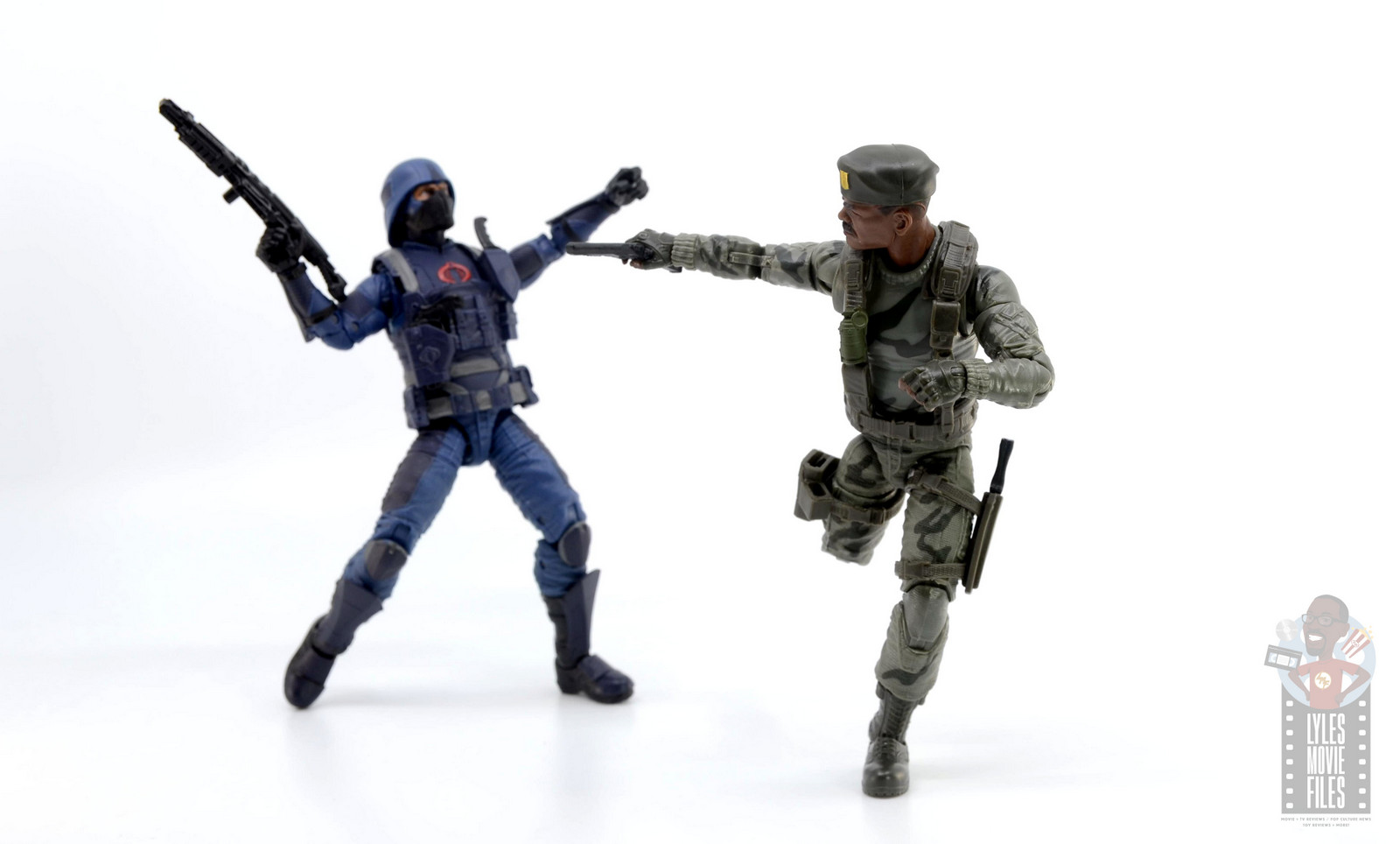 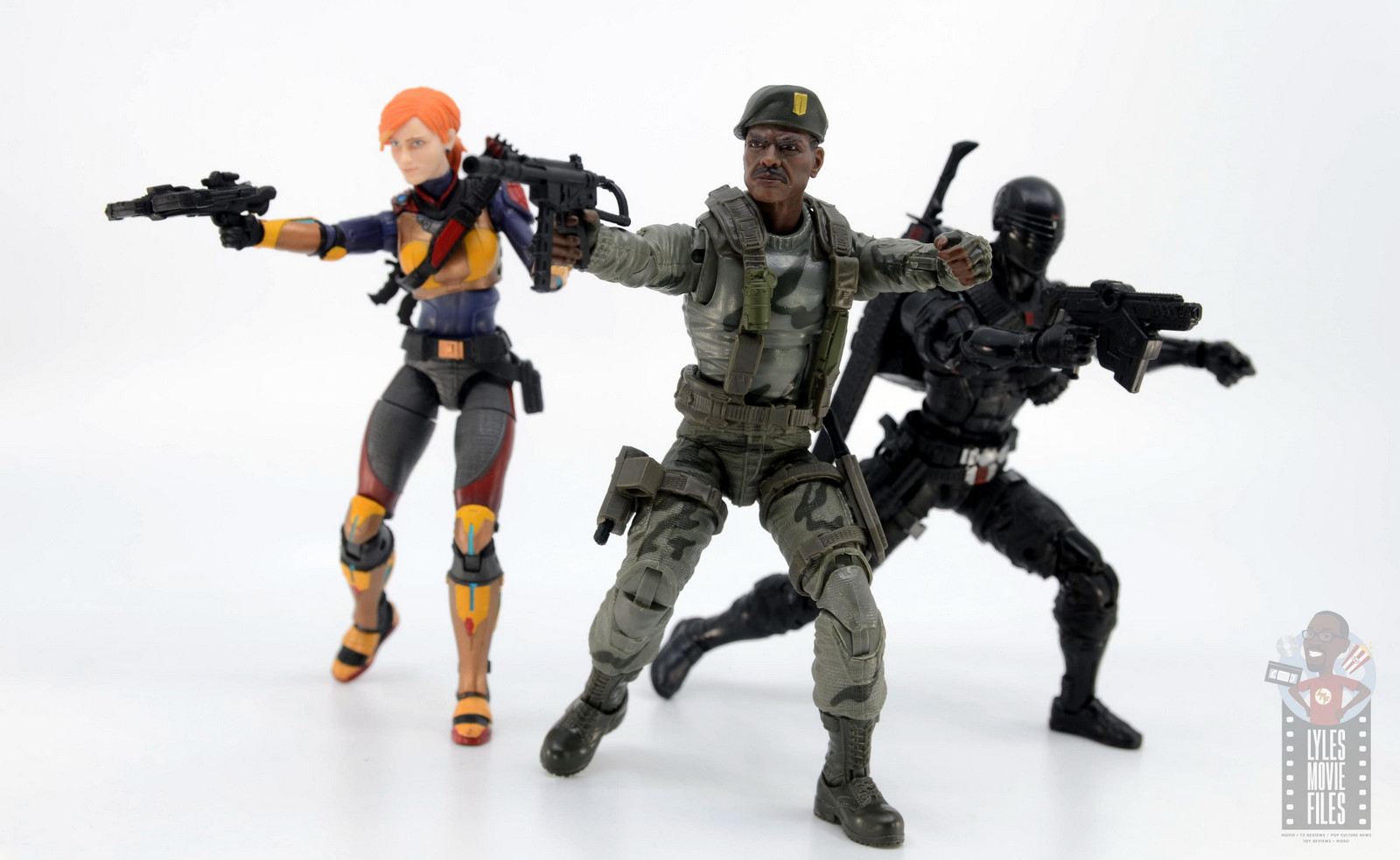 Accessories: Stalker has a solid array of accessories. 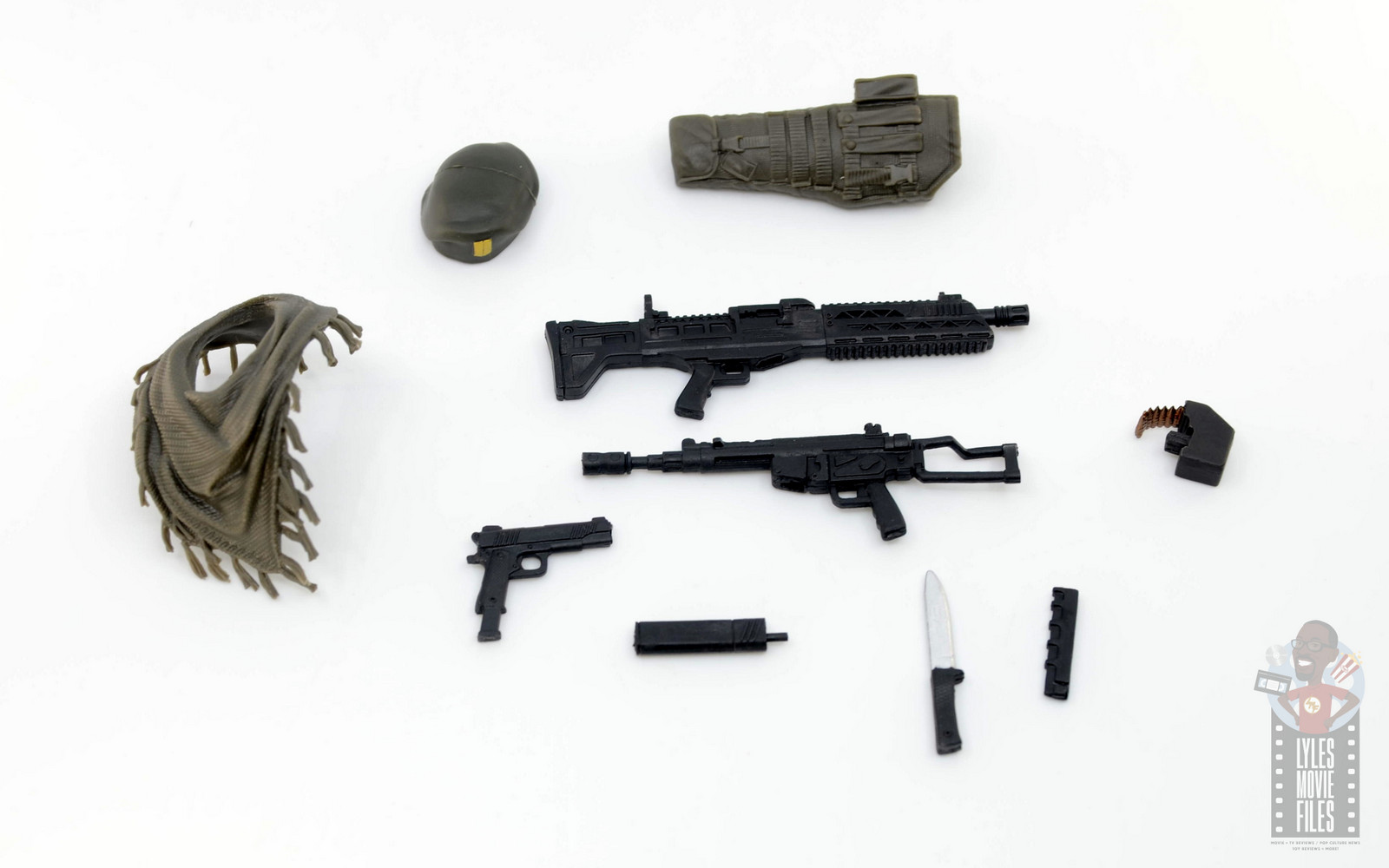 Most important is his beret. It’s not camo like the original figure. It fits snugly on his head. The gold insignia is actually sculpted in a nice touch. 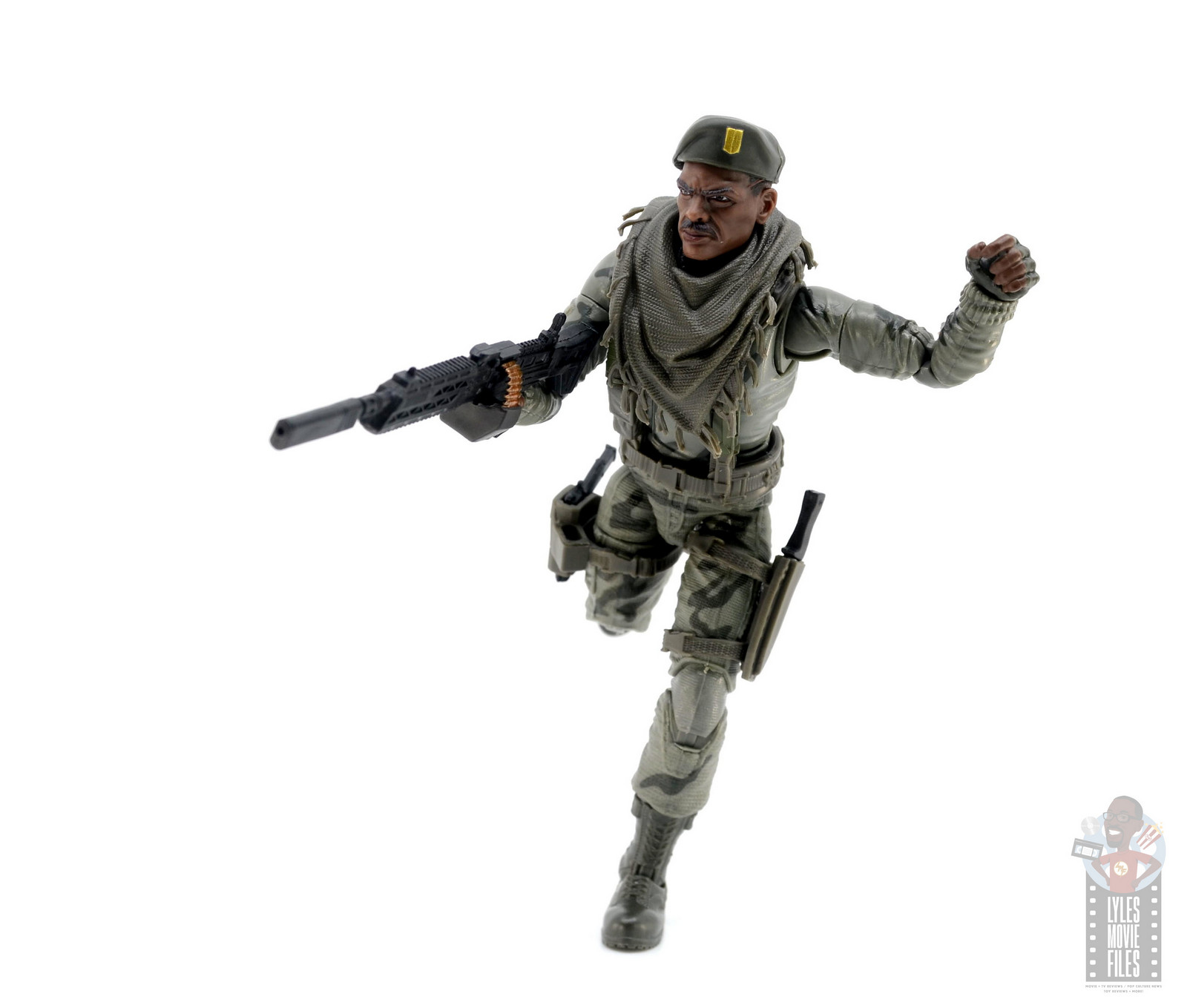 He’s loaded with weapons. He’s got a larger machine gun with an ammo clip that plugs right into a peg underneath while feeding the ammo into a peg in the side. 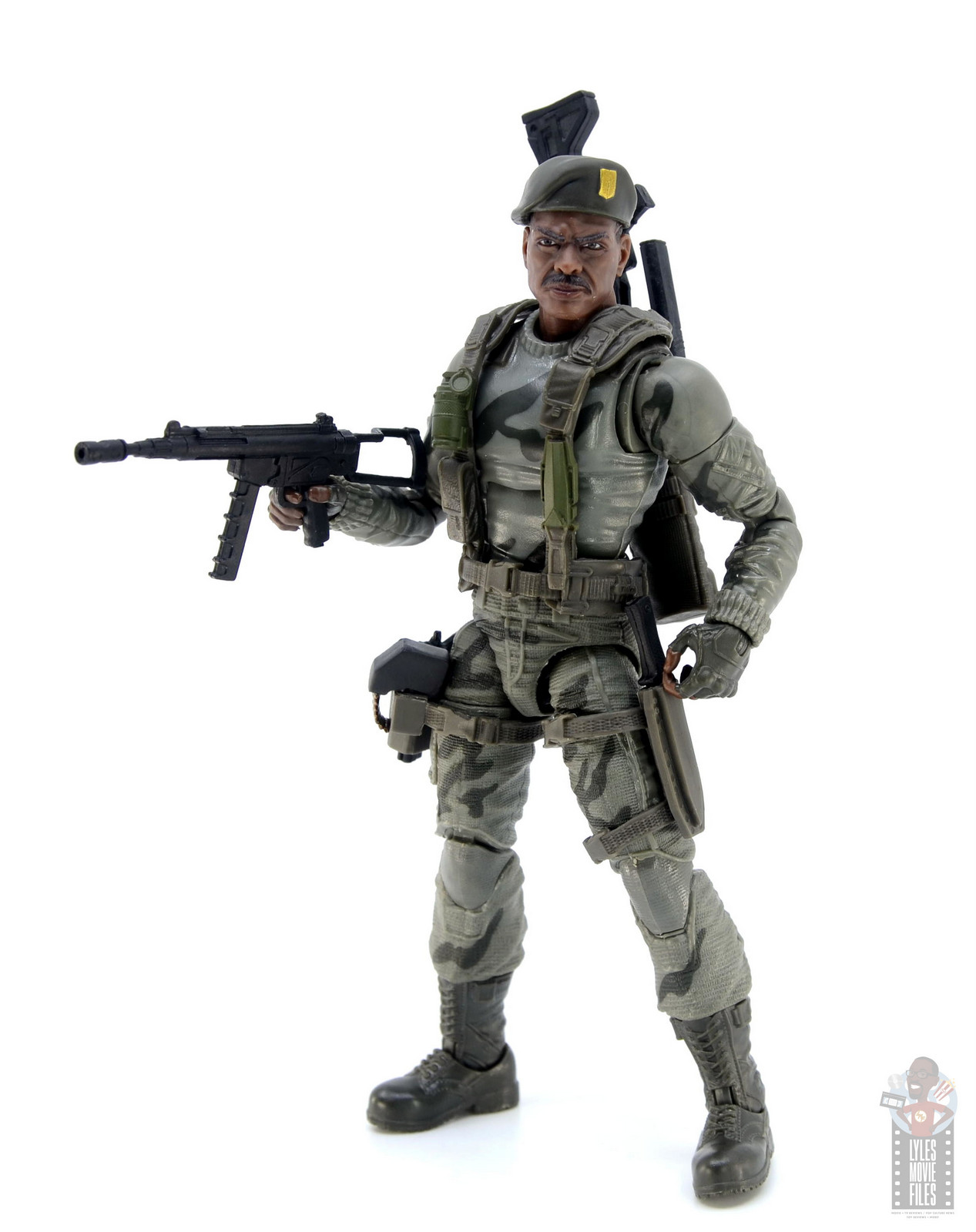 Stalker’s also got his M-32 submachine gun, a nice throwback to the gun the original figure had. It has a removable clip that fits into the right holster. The knife goes into the sheath with no problem. 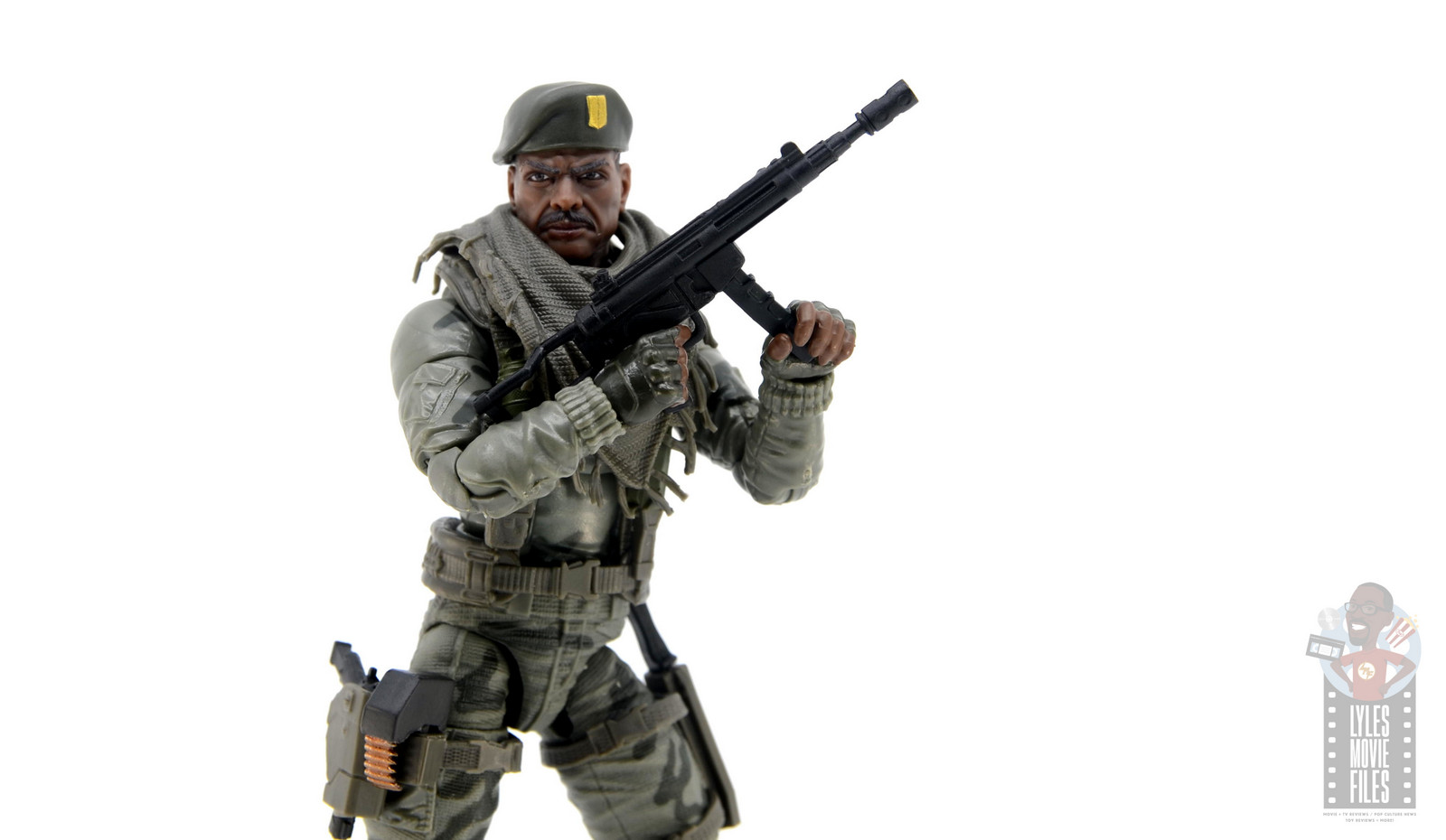 Hasbro also added a shemagh, which fits around his neck after you pop the head to place it over his shoulders.

He’s got a holster for the guns in lieu of a backpack. 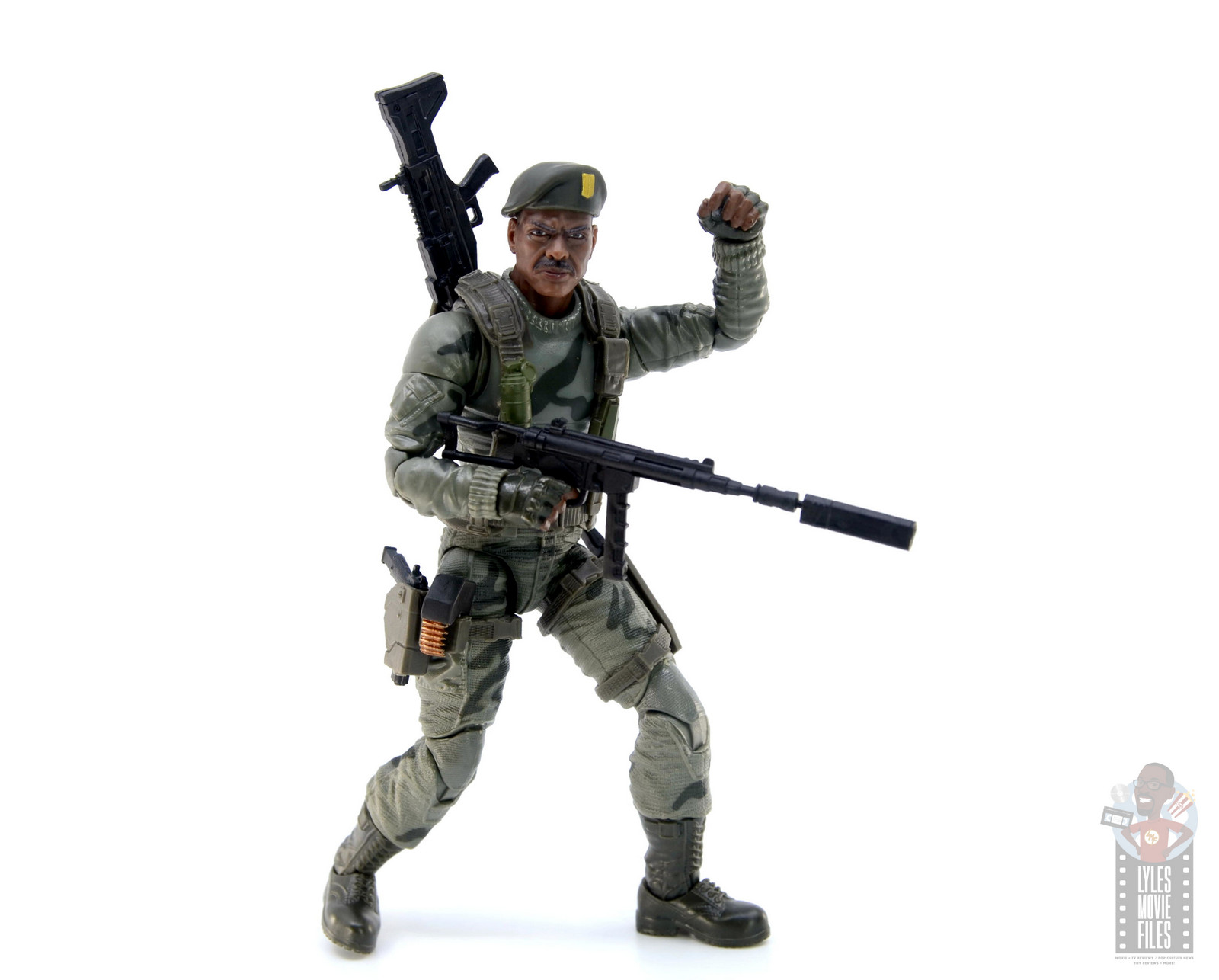 Additionally, he’s got a handgun with a suppressor. You can actually use the suppressor for any of the guns in a nice touch.

Worth It?  Stalker was $24.99. I don’t love the price increase, but I feel like the Classified Series continues to deliver a strong amount of accessories to offer value for the price tag. 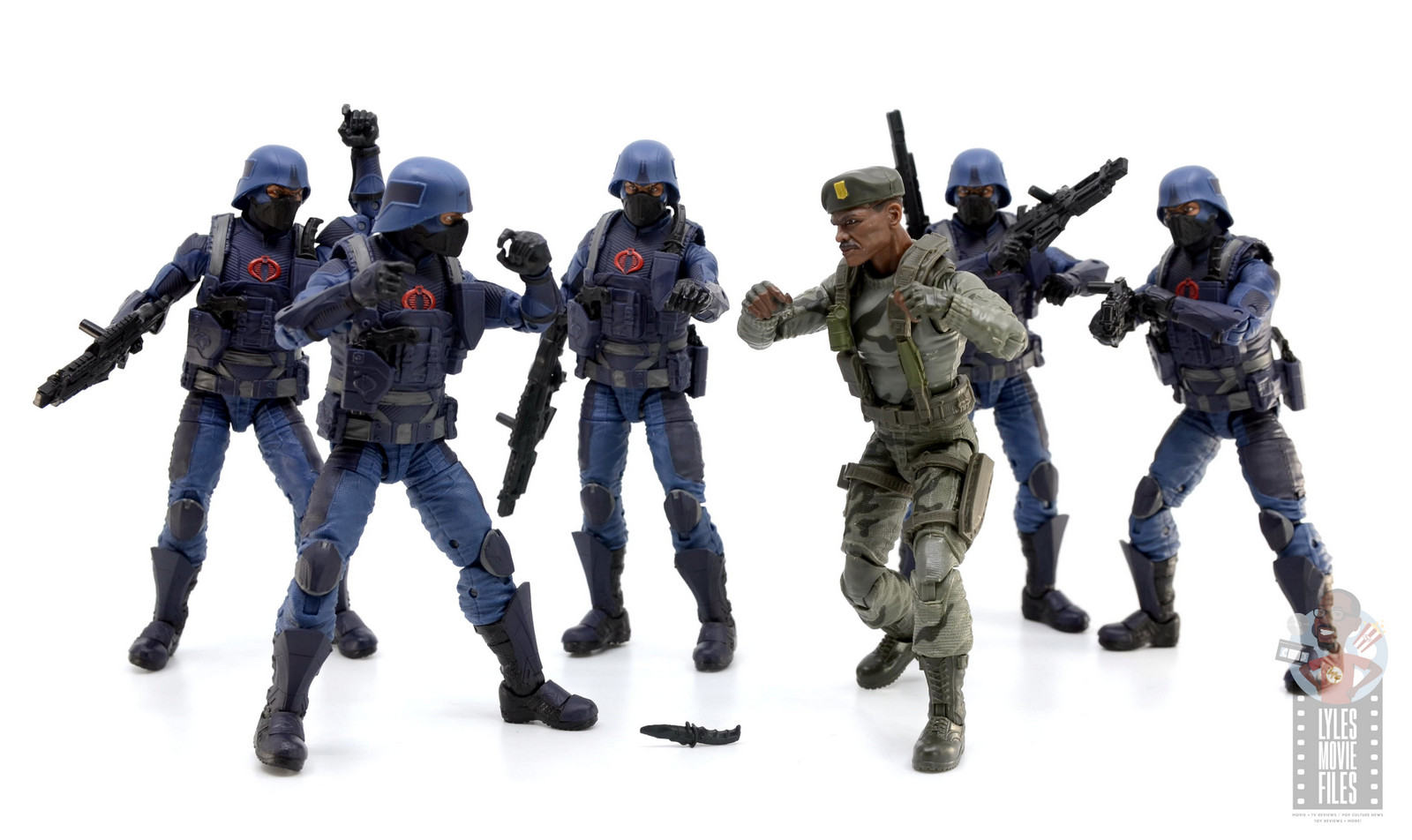 I was hoping Stalker wouldn’t disappoint and he didn’t let me down. Sure, I’d like a more pronounced camo pattern, but otherwise this is an excellent update on the Joe’s original Ranger. 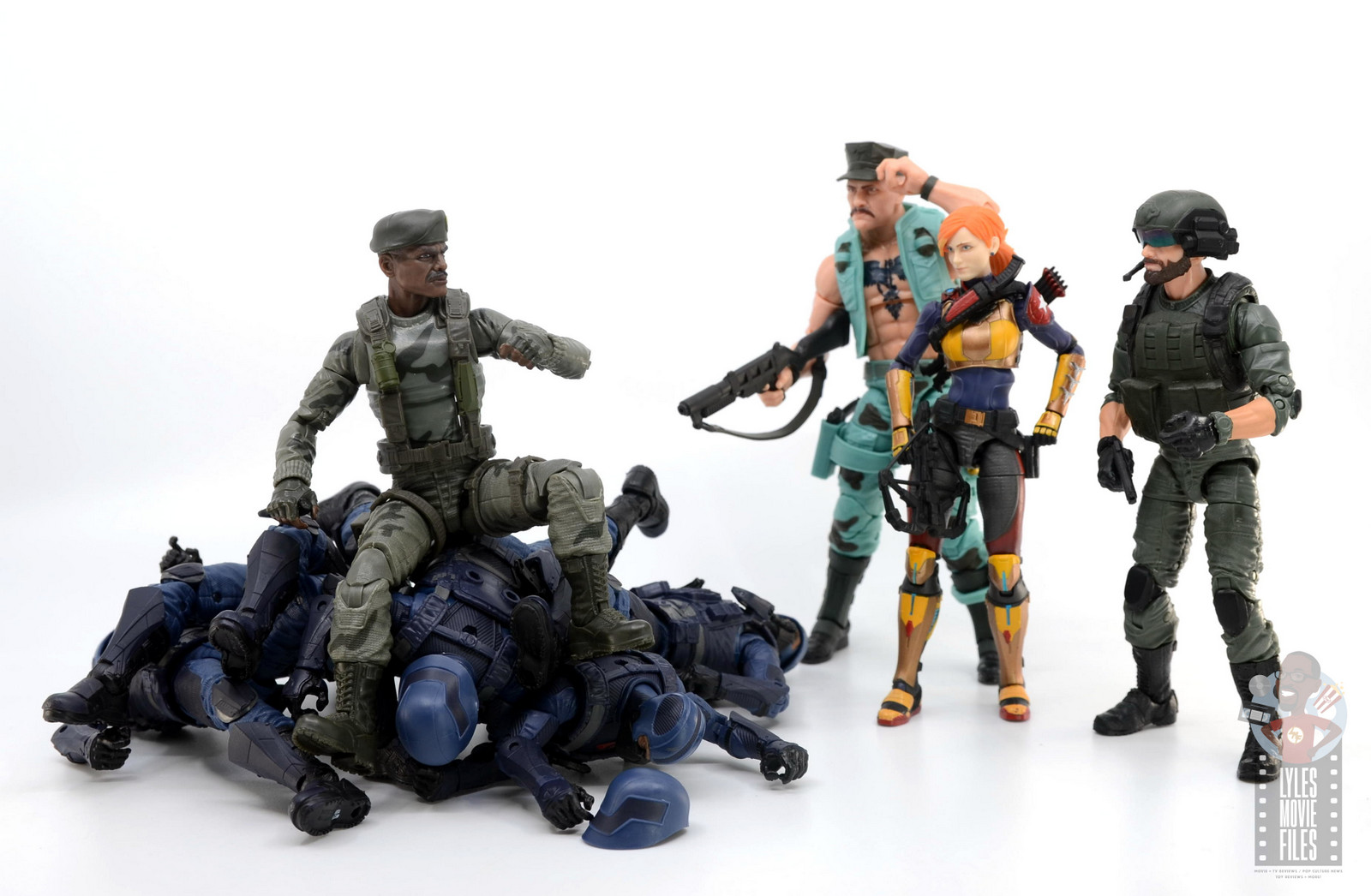 Where to Get It? Stalker is available right now on Amazon and Entertainment Earth has him slated for a September release.