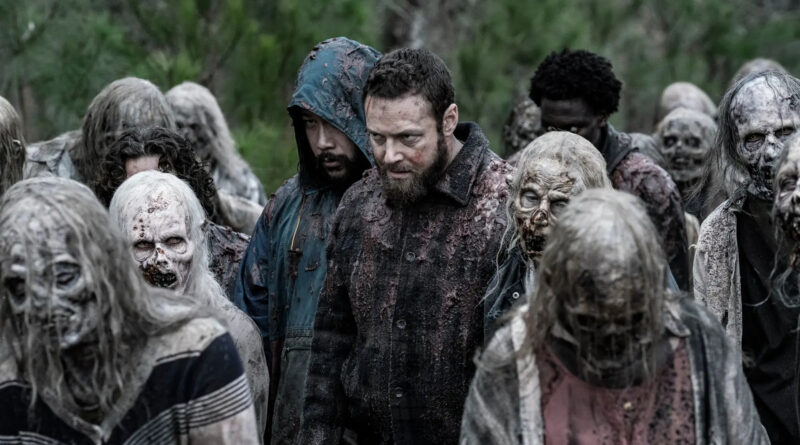 It’s the penultimate episode of The Walking Dead. That feels so weird to write especially with 3,412 spin-offs slated over the next year or so. Family established the core truths of the back end of the season — the gang are world beaters and it takes the banana peel on the floor for the Commonwealth to ever gain an advantage.

Alexandria recaptured…Alexandria off camera since it doesn’t really matter. It’s not like the Commonwealth goon squad would have taken down any of the crew. This is what happens when they’re treated like jobbers.

Along with Herschel, Judith and RJ are both safe. It sure seems like relatively competent children like those three (and Gracie) would be more useful than Baby Coco, but do you, writers. Judith wants in on this deadly mission to stop the corrupt, manipulative government. Ordinarily, this would be a bad idea, but it’s just the Commonwealth. What’s the harm in Judith rolling along on a cupcake seige mission?

Negan offers to team with Maggie to take out Pamela. It’s not a “we.” This crew needs to decide if Negan is a persona non grata or not. I get Maggie hating him forever, but he’s been a useful ally for a decade plus for this crew of ingrates who started the war with his crew in the first place. Plus, he killed Alpha essentially winning the Whisperer War singlehandedly. 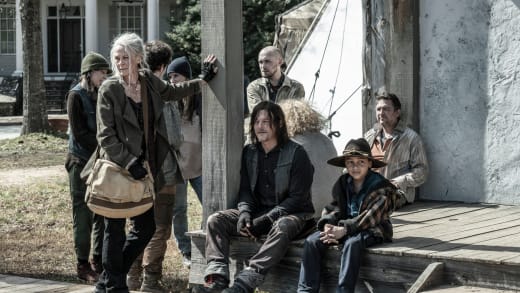 Ezekiel has a sensible reaction to Negan thanking him for standing up for him and Annie — he didn’t want Negan to be a martyr. Fair. He can live with Negan trying to do something more with his life and doesn’t want to be bitter.

Another reason why the gang needs to move on from Negan’s Savior reign of terror? That little problem of Jeffrey Dean Morgan being such a dang good actor. Negan explaining he knows everyone in Rick’s crew is better than him is the kind of awesome monologue he just makes look easy. Maggie overheard that, which might just be enough to convince her that yes, she can in fact team up as a “we” for a spin-off.

Mercer didn’t have some masterful plan after getting Eugene. He brought him to Max and Yumiko, which sorta seems like the first place the Commonwealth goons should look for their missing prisoner. Course, maybe they’re lousy at hide and seek in addition to shooting and being a competent army, too?

Princess radios Mercer while the train convoy is back en route to the Commonwealth. Revealing the entire plan to bring back the undesirables of the community to expose Pamela doesn’t seem all that tactful especially with Pamela loyalist Vickers trying to determine if Mercer has turned.

Pamela continues her extended game of Battleship by radioing someone B17. Or maybe they’re corralling another horde. I like the idea of Battleship more. She’s got a better chance of winning.

Aaron, Jerry, Lydia, Elijah and the “don’t forget about us!” duo of Luke and Jules scuttle along with the Commonwealth herded horde. For dramatic reasons, Aaron suggests, in hushed Whisperer speak, that they head to the nearby abandoned trailer. A horde really isn’t like a bad rainstorm that you just need to wait out particularly if you’ve got to climb up, open and lock something.

Predictably, this goes bad. Luke and Jules get swept away by the horde. Elijah gets bumped along too, but Lydia keeps reaching for him. How has Rick’s crew not done extensive “How to Survive Walking Through a Horde” training seminars? Naturally, a walker munches on her non-walker gut covered arm prompting a mini-frenzy. Off with her arm!

Poor Jerry is such a nice guy he listens to blood loss delirious Lydia about going out to find the others. I’d rather Elijah find his bada$$ hockey masks and blades when he seemed to be vying for TWD’s version of Snake Eyes instead of the lovesick puppy of this season. And I’ve already forgotten about the other two…

Eugene shows the complete futility of being #TeamCommonwealth by knocking out a guard doing a patrol of the apartments.

With the train ride over, Daryl, Maggie, Negan and company are on the outskirts of the Commonwealth. They take Mercer’s advice to get in through the tunnels. Mercer can’t escort them personally as he’s dealing with the surging horde Pamela invited.

This is where things get dicey. Daryl uses his Spider-Sense to detect a trap and undercover Commonwealth guards start shooting from the train station’s high ground. Always take and respect the high ground. Pamela initially blew off Vickers telling her Mercer diverted guards from that entry point. Did she forget to check the script? And why did she have a whole other crop of security she’s been keeping in the back burner?

Even Pamela gets in on the shootout until she hits Judith. One Pamela is worth more than the standard Commonwealth goon. Clearly, she should have been the one teaching at the firing range. Daryl orders a dramatic slow-motion retreat, which is weird since it seems like his crew has a decided advantage now. Unless there’s a doctor they forgot to get killed earlier in the tunnels?

At the Commonwealth border wall, Vickers arrests Mercer, which is a good thing since the climbing walkers are back. One manages to attack the lone guard watching the fray from the watchtower that controls the gate. This is probably the sector worth doubling up. Just saying. Where’s Jon Snow or Aragorn when you need them to teach tower defenses? 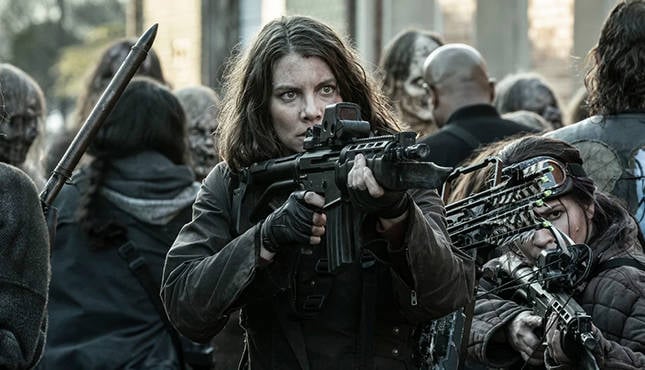 Of course, the one guard manages to get killed clumsily and opens the gate while fighting off the walker. Vickers tells Pamela the walkers have swarmed and entering the compound. Pamela wants the swarm diverted to the lower wards so essential personnel can be gathered. Vickers seems shocked, but this isn’t the first instance Pamela favored the elite over the others. Has she not been watching this season?

Daryl and crew are running to the clinic, which is always in the worst part of town and realize the horde is being directed their way. Triumphantly emerging from the horde is… Jules and Luke. Full Chandler Bing voice — could there BE a more anticlimactic reunion?

This would have been a great moment for an unexpected return of say… Rick and Michonne. That’s probably too much projecting and hoping for some awesome reunion, but Luke and Jules popping up was weak.

Judith is woozy and getting delirious and as Daryl carries her from the horde, she thinks she sees Rick. If only, Judith. If only.

Everything comes to a head next week. I’m not a betting man, but I like the odds of Daryl, Maggie, Negan and Carol to make it.

Pick up The Walking Dead Vol: 31 – The Rotten Core trade paperback for the comic take on The Commonwealth on Amazon.