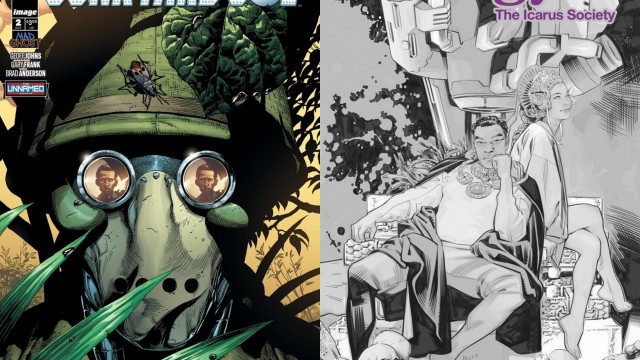 Prodigy’s second volume wraps up with the conclusion of The Icarus Society arc while Geoff Johns, Gary Frank and Brad Anderson keep exploring the mysterious world of Junkyard Joe. Check out both reviews now. 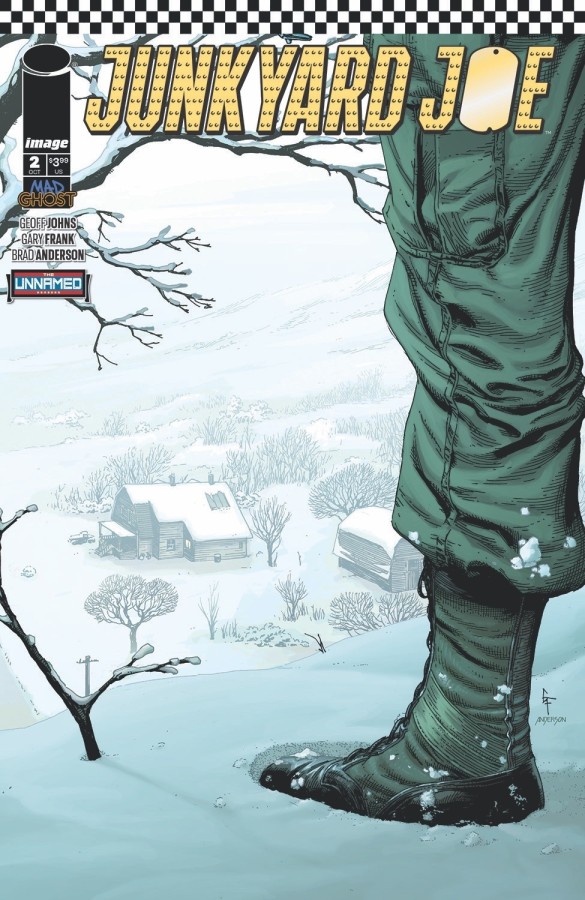 Geoff Johns might be the best writer of his generation in terms of quickly establishing a character that immediately hooks readers.

Since the Vietnam War, Davis went on to get married and established himself as a beloved comic strip writer/artist with his Beetle Bailey-influenced strip featuring the robot that saved his life.

Now with his last strip written and his wife gone, Muddy is in a bleak and lonely place. Maybe his new neighbors can help? Or maybe a reunion with an old friend will break him out of his funk?

Johns sets up the story that it can go in several directions. It probably doesn’t even need the threat of a violent force seeking out Joe. But Johns never claimed to be writing a Disney or Pixar movie.

Gary Frank’s stellar art is on vivid display. Frank is a master at crafting characters to be incredibly expressive even in panels with no dialogue. The pain and heartache of Muddy is evident on every page making the joyous reunion far more meaningful.

Junkyard Joe had the pedigree to be a winner and this second issue shows the debut wasn’t a fluke. I’m eager for the next installment of this very unique and compelling tale from Johns, Frank and Anderson. 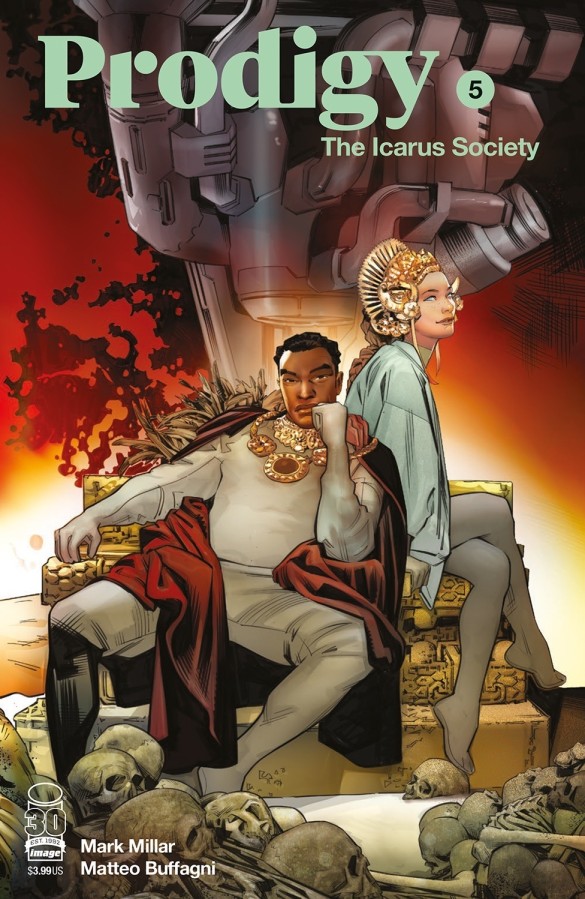 When the main character is arguably the smartest man in the world it can be tough to avoid the cheap resolution of a story arc.

Writer Mark Millar pulls off the trick again with the conclusion of the second volume of Prodigy.

The ending plays out smart and clever as opposed to a cop-out Millar out of nowhere. Felix Koffka’s forces have invaded Shangri-La and with a mood inhibitor preventing the populace from tapping into their basic, bloodthirsty instincts it’s up to Edison Crane to save the day.

Millar works in some savvy narrative sleight-of-hand to give Edison the edge and he only needs a slight advantage to completely turn the tide.

Artist Matteo Buffagni delivers such smooth panel construction and flow of the action that Icarus Society has played out like watching a movie.

Colorist David Curiel plays up the theme of paradise being invaded before shifting the tone to reflect the darker nature of Shangri-La.

The Icarus Society was another thrilling arc for Edison Crane. Millar avoids creating any suspense with an immediate hook and teaser for Volume 3. It won’t arrive soon enough, but for now it’s time to reread this installment to enjoy the fun all over again.