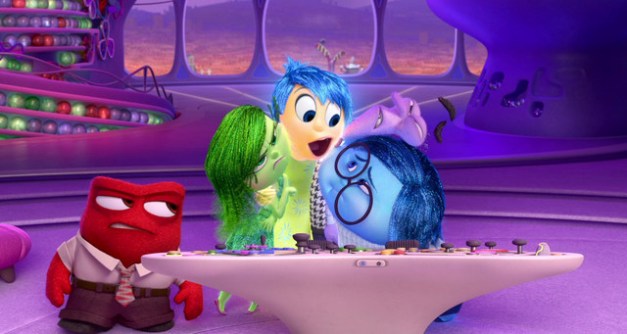 1. Inside Out – $45.3 million [3rd week; $246.2 million] It took three weeks, but Pixar’s latest finally took the top spot for the holiday weekend. While this come from behind win would normally bode well for its long-term prospects, next week ‘Minions‘ comes out, which will definitely put a major dent in the ‘Inside Out’s’ chances of cracking Pixar’s top 3 highest grossing list.

2. Jurassic World – $43.8 million [4th weekend; $568.2 million] Even though there was stiff competition this week, even in its fourth week ‘Jurassic World’ remained a major force. It is now the fourth highest grossing film of all time behind ‘The Avengers‘ $623 million. I’m thinking it should catch ‘Avengers,’ but with more summer blockbusters coming up, it will need to do so quickly.

3. Terminator: Genisys – $28.7 million [$44.2 million since Wednesday] Box office experts predicted a much higher gross for the fifth installment of Arnold Schwarzenegger’s mega-franchise, but audiences weren’t nearly as interested as anticipated. Worldwide, it brought in $85.5 million.  With its $155 million budget, it’s likely to wrap up just under $100 million by the time it finishes its run.

4. Magic Mike XXL – $15 million [$27 million since Wednesday] Channing Tatum and most of the guys were back, but after most of the core audience saw it Wednesday and Thursday, it quickly stripped its box office advantage and tumbled to fourth place.

5. Ted 2 – $11 million [2nd week; $58.3 million] The cuddly tear bear found another soft weekend with less interest. This seems poised to struggle to hit $70 million or a fraction of the original’s $218 million total gross.